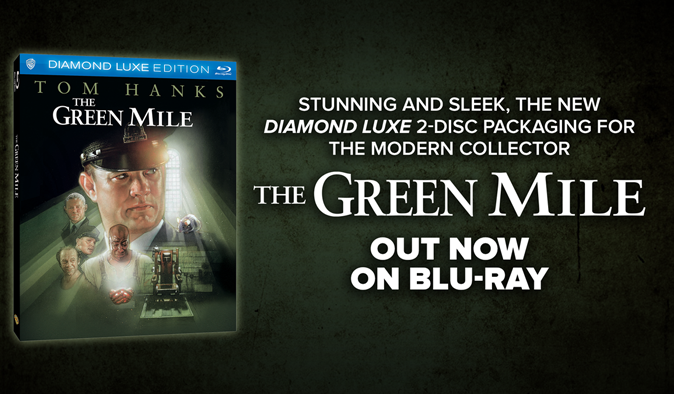 Win The Green Mile on Blu-ray!

Visually stunning, sleek, contemporary packaging to appeal to the modern collector, Diamond Luxe Editions are built with a revolutionary lithographic material for an unprecedented hyper­glossy finish including a hidden magnet that maintains a secure, yet soft closure.

The Diamond Luxe Edition is available to buy from Zavvi today: http://bit.ly/1xlfyB4

To celebrate the release of The Green Mile Diamond Luxe Edition, we have a copy on Blu-ray to giveaway.

To be in with a chance of winning check this question out:

Which other Stephen King film adaptation did Frank Darabont direct before The Green Mile?

B) The Shawshank Redemption

C) Stand By Me