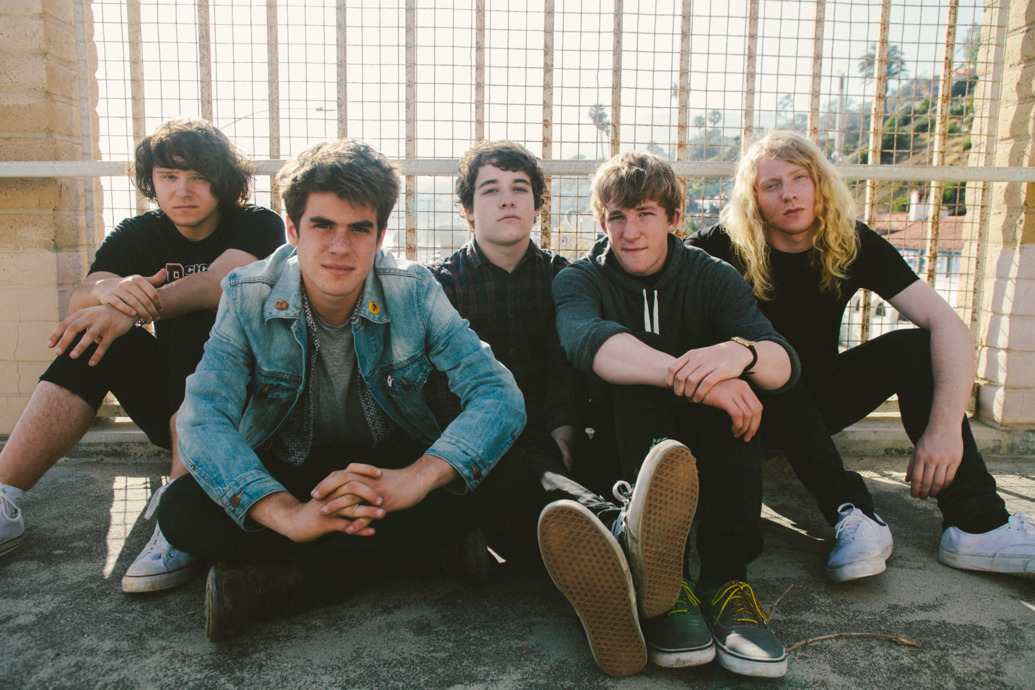 When every song is an encore, you don’t need another, so The Orwells didn’t bother; then the lights came up in Camden’s Electric Ballroom on an exhausted but massively buzzing throng. Everyone was now a fan.

After being treated to Golding and then the long-haired Kid Wave, it wasn’t long before the mosh pit swarmed like a rash to suck allcomers into the sea of joyful exuberance as The Orwells reported for duty. Scuffles must have broken out here, there and everywhere, but that really didn’t seem to matter to the worshipful and adoring. The Youtube clips include a modicum of abuse, but that is easily lost in the mass of the liberated who have seen the band live and were instantly smitten.

The Orwells are surprised by people halfway round the world knowing their lyrics, but they shouldn’t be. Why bother when you have produced such a catchy and cacophonous collection of war, love and crazy modern violence songs.

“It’s not fair” always works as a rock ‘n roll lyric, and sits sweetly in ‘The Righteous One’, which makes an early appearance and stirs the swirl of bouncing aficionados.

The Orwells swept onto the stage to a jungle beat, with Cuomo in a very stripy t-shirt and a bright white Jean jacket he removed only finally. It all fits into a dress sense that requires one black shoe and one white. Standing out is the perquisite for a lead singer, although I’m reliably informed that he has donned the white jacket and stripes before.

Dirty sheets is slotted into the playlist perfectly, just after Cuomo sprays beer over the front rows as his opening gambit. The crowd is already ecstatic, jumping along and entirely agreeing with “I’ll still love you in the morning.” After which Cuomo mutters “London”, and we’re there.

‘Let it burn’ comes with a snaky dance and is accompanied by a harsh slap of feedback, but still works beautifully. Cuomo resorts to wrapping his jacket over his head, like he’s hiding from the rain, rocks or whatever it is he needs to shelter from. Maybe it’s the lyrics; who knows.

Those who have seen the band before jump to, ‘Why do you fill me up, buttercup’ interstitial, which swiftly chills out those that need it and endears the rest. They’ve slipped this little refresher in before, and it works as a neat segue to ‘Suspended’.

And then ‘In my bed’ rolls in, although is perhaps the least impressive of the collection. Guitar licks and a rage of shouting precede a slowing tempo that culminates in Cuomo standing still and reading the words, from memory. And then a whole load of shouting at the crowd (about being drunk?) or the bouncers (about being too intolerant?) ends up with an insult that only works in America: “Are you from Jersey; are you from New Jersey”. I think the next line was something like, “Who’s a real soldier?”, but I can’t be sure, and the feedback blocks out any point of knowing, as does Cuomo’s rhetorical, “Do you want me to die on stage?”

Marginally older than the rest of a band excited to be in a country where they can now drink legally, Cuomo fits his crazed lead singer bill to perfection. He’s not the first to go walkabout, or perhaps to join the stage from the crowd, but he is the first that I’ve seen slap black masking tape over his mouth. He is such a force of nature that this fails to stop him from squeezing out a request to “get the fuck out of here”, before Grant Binner, the bass player bolsters the threat with a charming invitation to “chill the fuck out, you’re insane… everything’s cool, chill out… Elvis is really cool, and everyone’s gonna be like Elvis”.

‘Got To Get Down’ follows.

All of this only serves to stir the vast mosh pit into a greater frenzy, to which the credible response from the stage is, “Don’t touch girls that you don’t know” and “everyone calm down, except those dancing, and us” – the perfect riposte.

Once vaguely cooled, Cuomo reignites the atmosphere with an incitement to leap around and gain those bruises that will be treasured tomorrow. “We are about to go faster and faster, so swallow up those pints and start jumping” precedes the quite brilliant North Avenue. We’re back in love song world, “I tried not to be cruel; she said wait for me, I’ll see you after school”. The song is almost ridiculously upbeat and jolly, and Cuomo slips offstage, but then he’s back, his jacket’s finally off and the pogoing is revived as the end nears.

The pogoing is now all the rage as Cuomo raises his arse to the crowd during the final intro, before standing tall and silhouetted during the finale. The show is wrapped up with a single tone of feedback, shoving us close to the apocalypse, and then the lights come on.