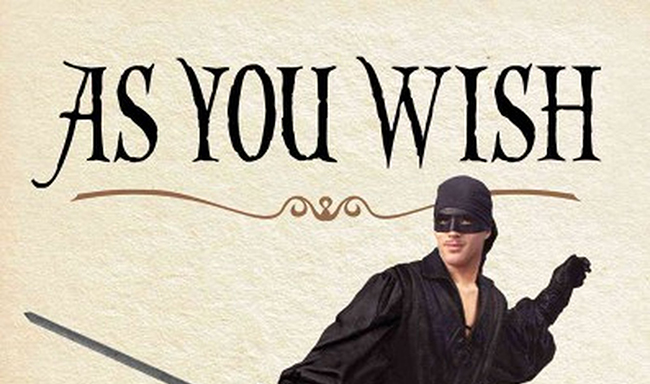 As You Wish Review

Cary Elwes delves into the past to recall tales of his and others experiences onset of The Princess Bride, a film that has become beloved by many, and has stood the test of time.

The book itself is a warm and relaxed read. Elwes tracks his early days as an actor with success in a few film roles before the call came from his agent. From then it was head first into a meeting with Rob Reiner – which pretty much had him all but set to take the role of Westley.

He then tackles the production of the film – detailing encounters with the other cast and crew as they mounted the production of the film – detailing a few issues along the way. There are specific chapter on events within the film as well including the sword fight between Elwes and fellow actor Mandy Patinkin – To this day! is still one of the best choreographed sword fights to date.

Along the way in each chapter Elwes affords space for others to speak however with grey box out sections containing comments from the cast and crew around him – more often than not applicable to what is being talked about in the chapter you are in. It’s a nice addition, and expands opinion out beyond that of the British actor.

Like the film – or more to the point – like returning to the film, As You Wish is a warm, comfortable, funny and familiar time with familiar faces. Fans of the film will love it.