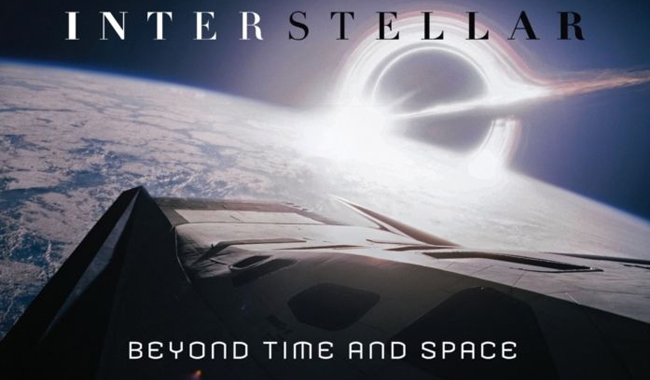 Interstellar: Beyond Space And Time

By every account, this is a book that should and will be enjoyed. Just ensure you enjoy it following you’ve seen Christopher Nolan’s sci-fi epic, but that’s a given. Mark Cotta Vaz’s detailed memoir of the construction and evolution of the world’s current blockbuster has a scope as big as it’s source material, and is a treasure for any and all fans of the film and the genre.

Everything from set/prop design to Hans Zimmer’s score is looked at in this 148 page encyclopaedia. Nolan’s love for IMAX camera’s is touched upon regularly, such as filming on Cooper’s farm as well as the creation of the new worlds. Filming on location in Iceland, for both planets, was dark and glorious.

The inclusion of early concept art gives you a look into Nolan’s mind and his early visions of what Interstellar would become, with the early robot designs for Tars and Case. And zero gravity filming seems fun.

But possibly the most impressive shots are not of space or the new found planets, but in fact our own dying Earth. The never ending dust storms that increasingly become problematic for those on Earth are gone into in great detail. The repeated use of giant fans, as well as the idea of acting, shooting and general working to get the right shot while all this is happening is just on another level to what we’ve not seen before.

But this is not to take away from anything, as the concept, design and creation of the Endurance and Ranger are ever enlightening, as well as Kip Thorne’s involvement, and the use of ‘real science’. Whatever you have to say about Nolan and his movie, it’s not like anything we’ve seen before.

Vaz knows this, and does such an epic film justice. His insight into the delivery of Nolan’s latest masterpiece is a sea of information, as every time you read the book, you seem to find something new to enjoy. There’s always more to read, more to take in, more to savour.