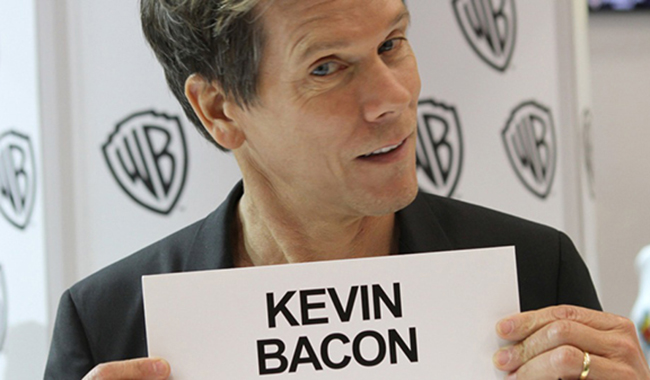 We like to have a bit of fun at the end of each year with our own Awards – so for 2014 we’d like to honour the following for achievement in film.

X-Men Days of Future’s past Cast

Cyclops/Jean Grey in X-Men: Days of Future Past

We Are Groot – Guardians of the Galaxy

Steve Rogers retrieves his original costume from the Smithsonian in Captain America: The Winter Soldier

A Million Ways To Die In The West

The Keitel/ Strong/ Nighy Award for output in a year

(The Nut Job, The LEGO Movie, Non-Stop, A Million Ways to Die In The West, A Walk Among The Tombstones, Road, Third Person)

(Grudge Match, Ride Along, About last Night, Think Like A Man Too, Top Five)

The Keira Knightley Award for most unbelievable action star

The Inspector Gadget Award for wearing the same costume in everything

The What Else Is New Award

The Kevin James/Tracey Morgan Award for why are you famous ?

(According to his commentary – apparently everyone in Guardians he worked with was a close friend).

The Heart of the Sea

The Gone But Not Forgotten Award

Streetfighter, The Stupids, Domino, Game Of Death, The Gauntlet, Robocop 3, A Nightmare On Elm street 5: The Dream Child, Halloween 8, Friday The 13th part 5: A New Beginning, Hellraiser: Deader, Halloween 5: The Revenge Of Michael Meyers, Vampire in Brooklyn, Showgirls,  Indiana Jones And the Kingdom Of The Crystal Skull

And finally in our honorary section we would like to highlight certain individuals for their contribution to cinema.

As the original guy form that movie who finally made it big, Biull Paxton’s name has been on the lips of many a movie buff since the early to mid 80’s where he made his ground in supporting roles in films like The Terminator and Commando – eventually attaining cult status in supporting roles in films like Weird Science, Aliens, Near Dark and Slipstream. Pretty soon he was your man to bump off in your movie that audiences would miss (See Next of Kin, Blue Heat, Navy Seals, Predator 2, Tombstone) until in the early 90’s he scored a couple of decent leads. In Walter Hill’s urban thriller Trespass, but mainly for cult movie One False Move as a small town sheriff he gets more than he bargained for. This got him solid roles in bigger movies (Apollo 13, True Lies) After this it was off to the big time with Jan De Bont’s Twister and the rest they say is history.  Just like Tom Sizemore and William Sadler among a few others. Paxton became a bigger player, whilst retaining his character actor credentials.

Lately we have had him making his name on television in the show Agents of SHIELD but has also made his way back onto the big screen in notable turns on 2 Guns and Edge of Tomorrow and Nightcrawler.

Paxton is also probably one of the most quotable actors of his generation with the mere mention of a movie he is in being a launch board for any movie fan to select their favourite lines form. He is then this year for us – our pick at the Cult Star Award.

The world would come to a sudden halt momentarily if Christopher Walken was no longer with us. But here he is, and working. You can take his early career into consideration, which includes his Academy Award winning turn in The Deer Hunter, or be you a fan of his later career, which includes his well earned Academy Award nominated turn in Catch me If You Can: Walken is a Legend among his peers. An oft mimic’d actor, but one that knows how to give a film presence. Walken has a list of tour-de-force credits to his name that no one can touch – and everyone has their favourites. Welcome sir to our Living Legends.

From Friday the 13th to Footloose to Tremors to Six Degrees of Kevin Bacon… Not many actors get a world famous game named after and centred around them. This guy did. And why?  Because you barely get by a year without him being somewhere in the film world. Hell even this year he got a mention in Filmwerk “Film of the Year” – Guardians of the Galaxy! How meta can one man be?

Bacon is pretty much everywhere and his diverse roles speak volumes as to why he deserves such a cool Icon moniker. It’s probably one of our easiest choices for the Icon award, so best we admit it now than wait to long!

McConaughey is still pretty much flavour of the moment. But we are awarding him for coming back and staying! A few names have hit the big time in their youth, lost their way and then on occasion made the big come back!  McConaughey’s name fluttered back into view in 2011 with The Lincoln Lawyer that did modest business, but soon after he hit hard with the double whammy of Killer Joe and Magic Mike, both fairly independent movies that struck a choired with audiences. Killer Joe in particular was a huge hit with the Filmwerk team winning a few awards back in 2012!

After this he did sporting turns in the likes of Mud, Bernie, The Paperboy and in 2014 he has appeared in The Wolf of Wall Street, Headed up Christopher Nolan’s Interstellar – even took time to appear in the highly acclaimed TV Drama True Detective and won his first Academy Award for Leading Actor for Dallas Buyers Club.

He didn’t just come back and then relapse into Hollywood tosh, he came back and seems to have set a fine example for others to follow.