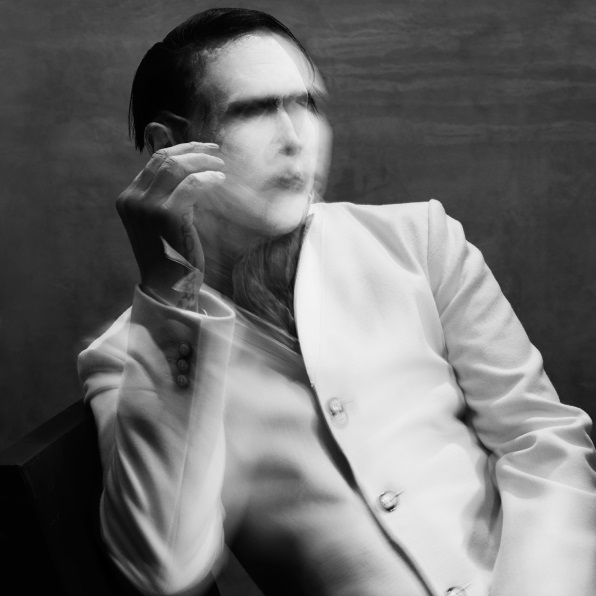 It’s been a long road for Marilyn Manson – his career began in a simpler time, an age when you could dress as an androgynous, naked transexual on your album cover and raise some eyebrows and ruffle a few feathers. Now we have Nicki Minaj, 4chan, religious fundamentalists and The Fappening – it’s become abundantly clear that Marilyn Manson is the least of our worries. This creates a problem for the “King of Shock Rock” and an interesting question in general – where do you go once reality has exhausted the limits of decency beyond anything you could dream up as a marketing scheme? In the case of ‘The Pale Emperor’ it would seem that Mazza has exercised his only real option – returning to his roots, and crafting an album that does as much for his relevance within today’s popular culture as it does to reaffirm the statements of his earlier material.

Nothing about Manson has ever been anything other than a reflection of what he sees as the inherent evil within society – he’s argued many times that he’s simply a sounding board, or a mirror, for the distasteful things we can already find within our own culture. Interestingly then, on ‘The Pale Emperor’ we see less cultural commentary, and more self-reflection and introspection than previous Manson releases have ever offered up – if you want to peer into the dark heart of America, you’re in the wrong place. The rootsy and bluesy thread that runs throughout the record recalls the dark, orchestral folk of Nick Cave and shys away from the industrial of old. Manson’s trademark character is ever present but has grown into his shoes a little, more of the refined credibility of David Bowie and less of the ridiculous pomp of Alice Cooper, though he’s still got showmanship in veins – there’s a cinematic Hollywood sheen much like Jack White’s last offering.

Becoming the demon of pop culture is always a tricky line to walk between staying loyal to both old and new fans, but ‘The Pale Emperor’ is a fantastic example of how to do it. The Rammstein-influenced numetal stomp of ‘Deep Six’ should feel completely at odds with the bluesier tracks, and while the ambient electronica ballad of ‘Warship My Wreck’ pierces the midpoint like a rogue arrow, it somehow works as a cohesive whole.

With this, he’s done the impossible – Manson should be a washed up poster boy for a generation of numetal fans, but instead, he’s become more intriguing than ever before and proven that he’s still making records that are relevant in an age he was never really supposed to survive.