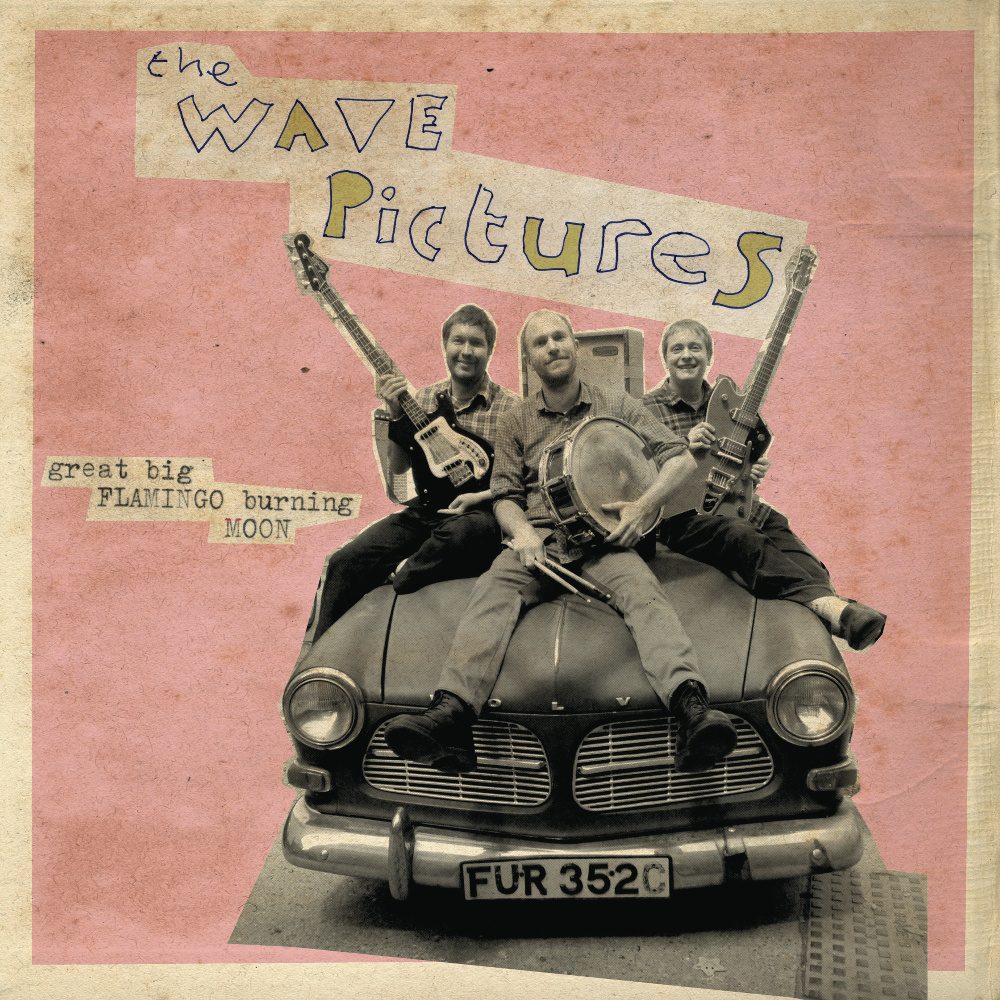 There are a lot of colours, musically speaking, to take in on the new record from The Wave Pictures – ‘Great Big Flamingo Burning Moon’ – and there’s a truly great opening track, which shares it’s name with the album’s title.

The eponymous opener is one of those great songs that probably came along for no apparent reason; resplendent with references that step far beyond natural contemplation. It’s a short, sharp track that swims in rock ’n roll, throws in a bit of swing and a jolly beat, with a touch of guitar solo slipped in near the end. Luckily, things don’t end there.

More jollity follows in ‘I Could Hear The Telephone’, a song that confirms the band as followers of the direction the 1970s was going before disco so rudely blunted random invention. Here, again, there’s plenty of guitar solo, mashed in with mellifluous tones and that steady backbeat. ‘Katie’ continues the rambling and rolling rock, with the assistance of the now signature extended guitar solos – the theme develops. A remarkably short and uncryptic song title for the band, this is a love song that shines through with heartfelt lyrics, “I unwound all the clocks and your wish comes along”.

‘At Dusk He Took Down The Blinds’ links sweetly with, “there was a choir in the street outside”, so says David Tattersall, vocals and guitar. ‘Bristle’ and ‘whistle’ are rhymed as Tattersall wends through this slower and melodious whimsy. This a slow one. “Dead flowers and a little ship inside a bottle… We curl up like hedgehogs and whisper to one another.”

This is more of what Tattersall does so well: more poetry narrative than rip-roaring anthem rock. The harmonica is back at the forefront elsewhere on ‘Pea Green Coat’, and the pace has picked up. The guitar and bass solos arrive.

“You cost me £3,000, and that isn’t nice” laments Tattersall in summation “Everybody in the station turned to look… and then there was you reading your little black book…”