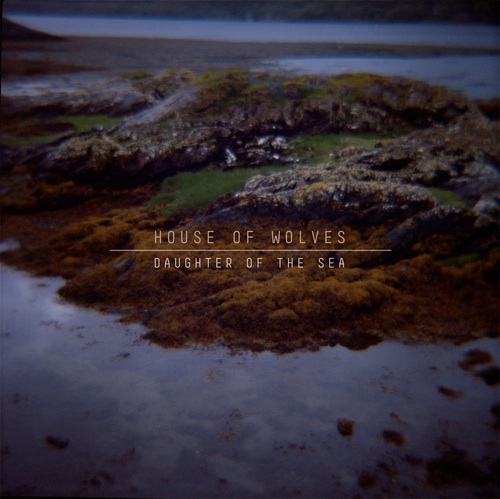 House Of Wolves – Daughter Of The Sea

There is an album that has been kicking around on my iTunes for around 6 weeks, an album of ambient beauty and rich textures that I had allowed to play through a good number of times, allowing it to wash over me, trying to get into the right mindset to wax lyrical about all of it’s inherent wonders.

At the time, the most striking element of Daughter Of The Sea that I thought I would likely pick up upon would be the hauntingly droll and yet somehow theatrical vocal delivery that is on a par with and certainly reminiscent of Anna Calvi, and it is these vocals that keep the album grounded, they are the tether that keeps the album in our realm rather than buoyantly drifting away into the ether upon lush, languid piano refrains and delicately picked guitar that long to be set free, floating around in a space that is suggestive of a meditative state.

With deadlines to meet I am still in awe of the vocals and must admit my surprise as I sift through the inbox to plunder the press release for a little background information only to find that the voice and the instrumentation all belong to one man, Rey Villalobos, the literal House of Wolves, a Californian native that is cutting a solitary swathe with his own classical nocturnes and dream paths.

And although it bypasses the normal merits of musicality, one other positive I have taken from Daughter Of The Sea that is deserving of praise is the fact that it remains so concise, whilst other ambient works may veer towards meandering, House Of Wolves lays his cards on the table with just 8 tracks, the majority of which barely trouble the four minute mark, modelling their make-up on more accessible pop standards and creating a uniquely chilled soundtrack of modern mythologising.