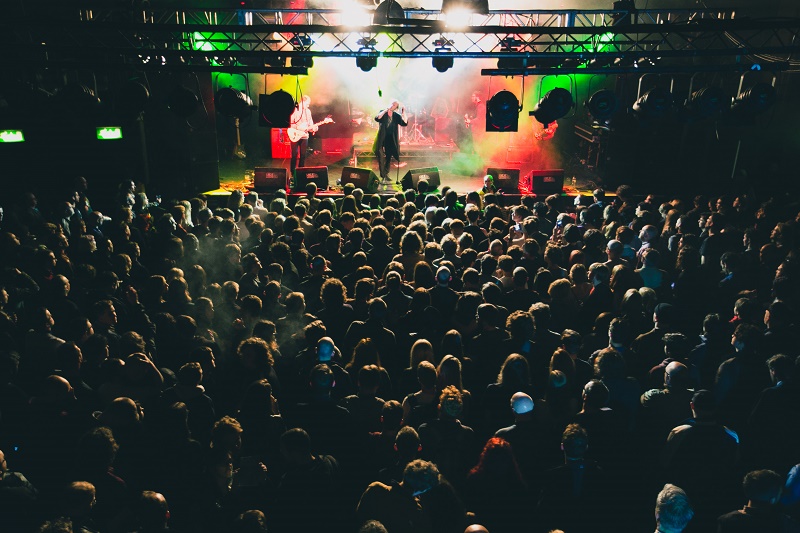 Live at Leeds. It’s the classic first festival of the year for many, and the perfect festival to try a tapas-like selection of musical offerings across the city. A bit bored of one act? Simply wander over to the next stage (unless it’s the Brudenell, then catch a cab). At under £30 a ticket, it’s one of the best value for money festivals out there.

Unlike the warmer May bank holidays of previous years, this year was dampened with grim drizzle and grey clouds. Combined with the lack of queues for ticket collection and a lack of general ‘buzz’ about town, it either meant a subpar turnout or mother nature punishing the logistical triumphs of the organisers. As the day went on, it proved to be the latter.

Bleak weather or not, it’s what’s on the inside that count. And inside the inner city church that is Holy Trinity was Charlie Cunningham, with his Spanish-style guitar playing and thoughtful song-writing. There’s something quite wholesome about drinking a beer and listening to a song about heroin as Cunningham serenades us under a stained glass of Jesus. In the genre of dude-with-voice-and-guitar, he manages to create a distinction for himself with his flamenco sound, and judging by the full pews and standing crowds behind, people agree.

Next up was Menace Beach over at Leeds Beckett. Though their name might suggest they’re from a sinister waterfront in Los Angeles, and their drenched 90s alt rock sound helps with the image, they’re just a bunch of local kids from Leeds who’ve done quite well over the last year. The noisy guitars successfully filled the room but unfortunately drowned out the vocals, especially that of Liza Violet.

On the same stage, fellow locals Hookworms played a captivating show, this time making the most of the lights – or lack thereof – for a moody and raw performance. Their set successfully carried the crowd through their fast and slow songs proving their live band prowess.

Palma Violets performed over at a packed Leeds Town Hall. The crowd were rowdy and venue filled to the brim. It was a distinctly different audience to that of previous acts witnessed thus far. Liquids were flying all over the place: on stage and on people. The energy of the band and the energy of the crowd interplayed one another, with the people singing along to the band’s pop hits and co-frontmen Sam Fryer and Chilli Jesson jumping relentlessly about.

Upon leaving, the first queue of the day was seen as people were snaking their way around the corner of the Town Hall – undoubted there to catch headliners The Cribs later on. But back at Leeds Beckett, the theme of local Leeds acts done good continued. Eagulls’s lead singer George Mitchell cut a formidable silhouette as he swayed, yelped and shouted across the wall of guitar.

Dashing over to Hifi with the intention of seeing George the Poet proved unfruitful, as a 10 minute wait turned into 20, which after 40 minutes saw me giving up and heading over to The Brudenell, where I knew the pints would be cheaper and the band on time.

Headlining act Slaves absolutely rocked it. In between numerous chants of Yorkshire, polite punk introductions and the taking off of shirts, duo Laurie Vincent and Issac Holman got the crowd going with their ridiculous energy. Holman engaged the audience with his chit chat and singing over his simple drum set up, while Vincent, who was equally charming, provided most of the heavy, punk sound through his countless pedals and numerous amps.

After the closing of the iconic music venue Cockpit late last year, naysayers predicted the demise of Leeds’ independent music scene – yet as seen in the success of this year’s Live at Leeds, they were proved wrong. Bring on the 10th anniversary next year.