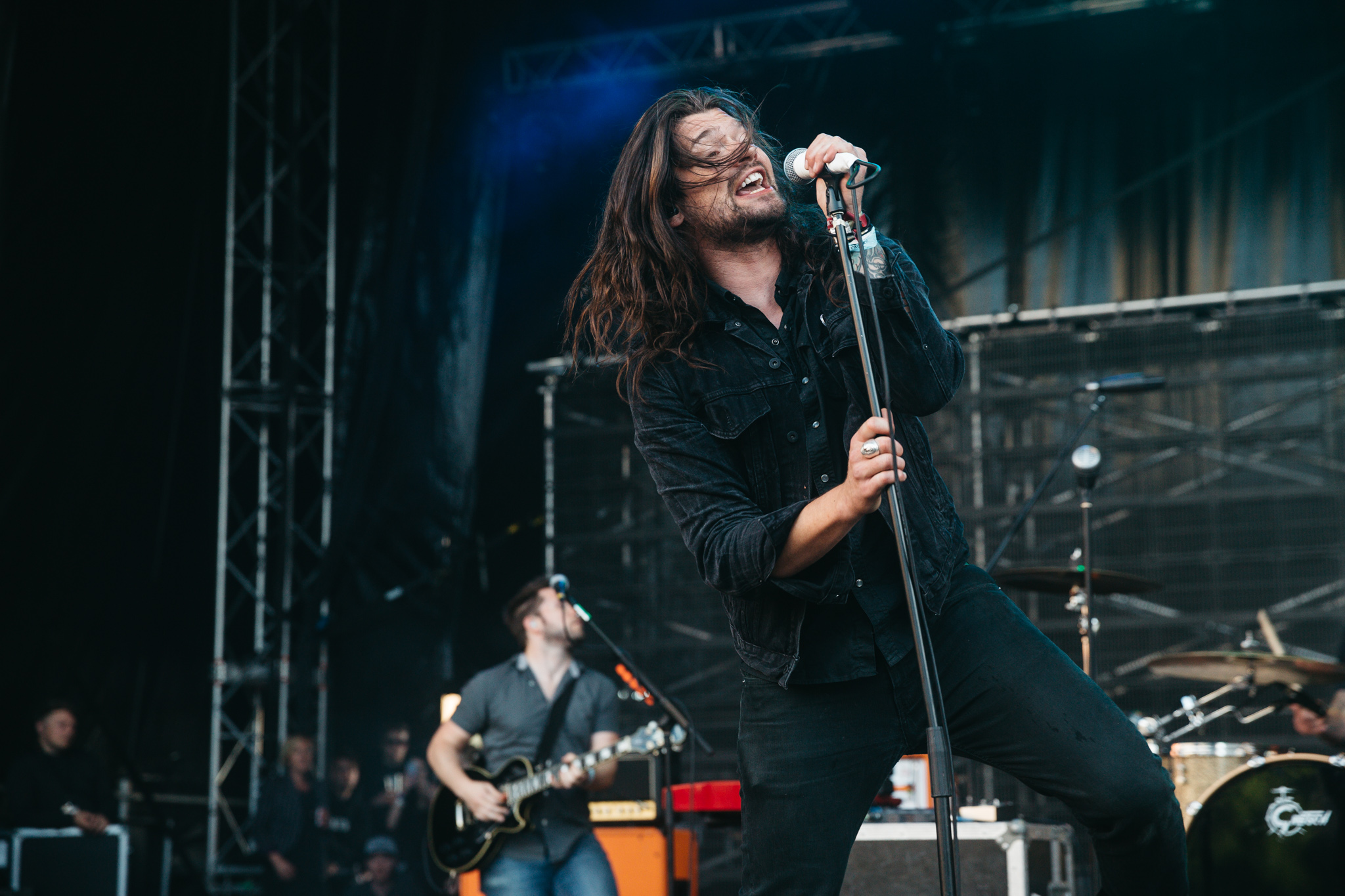 Slam Dunk may not officially be the first festival of the season but I always feel like it’s the official start of the summer silly season! So, off to Leeds we went to start our summer in style. Excitement levels where high and everyone was feeling good on an unusually warm day in the centre of Leeds. The new layout of the first leg of the festival left me a little confused and as a result we never actually made it to a couple of the stages which was a shame. A little map wouldn’t have gone amiss.

Anyway, the day started with a catch up with those lovely Irish boys, Only Rivals (interview coming soon) where we chatted about new ways to create clean power and the advice they’d give themselves if they could travel back in time. From there it was a small skip to the main stage to catch Pvris. It was the first time I’d actually properly paid this band any attention and was pleasantly surprised. The crowd wasn’t huge but they were lapping up every sound that fell out of diminutive front woman, Lyndsey Gunnulfsen’s mouth.

We headed over to the O2 Academy and the new home of the Monster Stage to see Beartooth. The venue was packed, sweaty and moving as one. At no point during the day did we walk past this venue and not see a queue curling round the corner. At least they were entertained in the queue though as the Desperados stage was right outside. This was definitely my favourite stage of the day and the never ending rotation of ska bands and Mariachi El Bronx gave it a day long street party atmosphere (and the good weather definitely helped.) Zebrahead and Goldfinger plastered a big old smile on my face and made me dance for the first time that day.

We decided to try and brave the never-ending queue and head back inside for Bury Tomorrow and only managed to catch the end of their set. From what we did see they were absolutely on form and the crowd was so hyped, the atmosphere was electric.
After talking to the lovely boys from Taking Back Sunday (interview coming soon) we took the short stroll back to the main stage to see Don Broco. Clad in the tightest jeans I’ve seen, the Broco boys bounced around the stage like Duracell bunnies. They sure know how to put on a performance and never fail to entertain. They were followed by Taking Back Sunday and I was immediately transported back to my teenage(ish) years. I love this band and am never embarrassed by the big fan-girl I turn into every single time I see them perform. From the mic swinging to the stage climbing, Adam Lazzara might stick to a tried and tested routine but it works and like the old adage says – if it ain’t broke, don’t fix it!

Reel Big Fish were a much bigger draw for us to end our day than You Me At Six and what a way to end the day! They were on top form and I don’t think we stopped dancing from the start of their set, right to the last beat. They even did covered Carly Rae Jepson’s Call Me Maybe. All in all it was an incredible way to end our Slam Dunk experience for another year.

As much as I missed being in the university campus I think it was nostalgia that made me hold it in such high regard. This year’s festival was definitely bigger and better than before and the only question it leaves is what’s next for Slam Dunk?