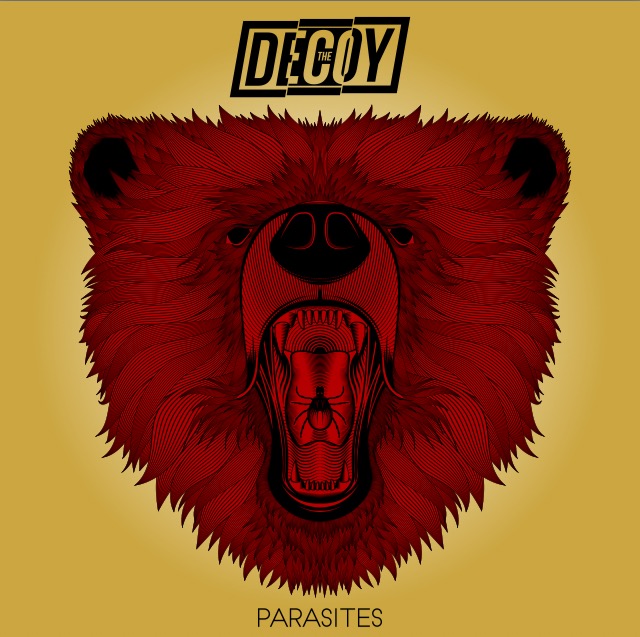 There are many great things about the toilet tour circuit of the British music scene; stale Carling, the scent of sweat and farts that lingers in the air since the smoking ban came in, the promiscuity of really, really bad Arctic Monkeys cover bands…the list goes on. One of the better things about it though, is that it’s a breeding ground for talent. The sort of world-beating, spine-tingling talent that seems inherently unique to the United Kingdom. That special breed of band that doesn’t quite fit into any niche and bounces around like a rogue proton in a particle accelerator until it implodes and takes the whole scene with it.

The Decoy might have a really, really bad name, but they are that band.

New EP ‘Parasite’ is one of those records that can only be bred from a relentless, crappy touring schedule and an almost obsessive compulsion for music – mental, erratic, wonderful music. Another slice of production magic from Chris Coulter (this man attracts talent like it’s going out of style), its the perfect introduction to this incredible young Welsh band. If you’re a fan of Marmozets, Biffy Clyro, The Mars Volta, Gorillaz…okay scratch that, if you are any sort of self-respecting serious music fan, this band are for you.

Across four tracks there’s an absolutely stunning display of influences, vocal ranges, musicianship and raw talent of offer. The kind of raw talent that makes you look around at the music industry and say “guys, why do you keep signing fucking rubbish Lostpophets clones when bands like this exist?” – why, in the name of all that is good and glorious about massive riffs and fantastic music, are this band not getting the recognition they deserve? It’s not often you come across a record that makes you want to scream in peoples faces WHAT THE HELL ARE YOU DOING MUSIC INDUSTRY, but this is one of those occasions.

Oddly, the whole EP finishes with a slow-step reggae riff. Why? Because why the fuck not. This is an absolute must-listen, a compelling and vital release from an insanely promising band. Someone, anyone, please just take a chance on this lot.