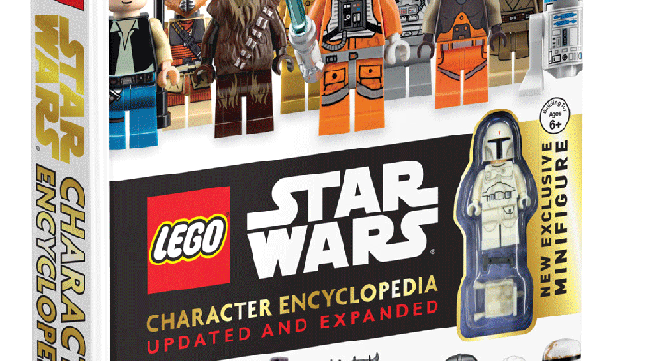 Star Wars Minifigures have become one of the most collection item within the Lego universe. Just hit the internet and do a search on the subject and you’ll see just how popular they have become. And like with action figures, you can get different variations of characters which mirror the various movies the characters appeared in.

This book sets out to catalogue each figure per page and runs through them in the universe’s chronological order – taking in not just the movies but also the spin offs from this as well – God help us when the new movies (and their spin offs) begin!

There are some new sections for this volume (as this is not the first edition) including Rebels.

Each entry takes up a whole page with a large print image of the mini-figure. You will be given a box of descriptive text as well as various outboxes around the image to further detail the character or the additions that come with it. Some even include information about other variants for this character that have been issued. And importantly each entry includes information of what set (if applicable) the character is available from.

As this is the updated version of an existing title we have to take into account what value there is for anyone upgrading. Simply put if you already own the original version the perks here are about ….pages of new additions. A new free mini-fig that is different from the old book (and also exclusive to this book). The layout of the book is the same and follows the exact pattern from before – so if that worked for you then, it will work for you now.

The price of this one alone to some people will be worth it for the free all white Fett mini-fig included with the book!

At almost 100 pages extra the upgrade is certainly warranted. And as we mention – with incoming films still on the way we expect the next update probably to arrive a little sooner.