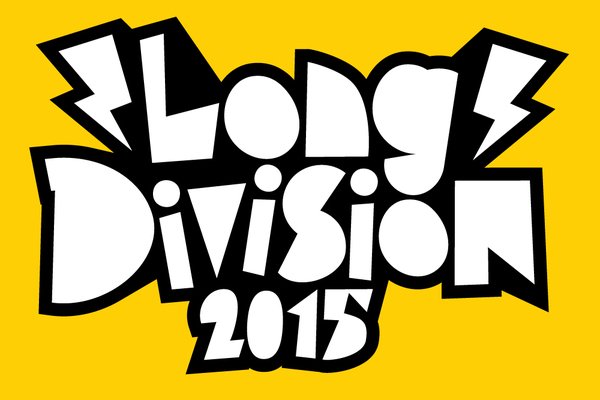 With a solid line up bringing in the goods, all sines point to positive things for Wakefield’s Long Division festival (yes, of cos the maths pun is intended).

Though running for three days, the hustle and bustle of the wrist-banded event took place on a strangely greyish bright Saturday. As a first timer to Long Division and a first timer to the city, expectations were set foolishly low.

The musical journey started with Serious Sam Barrett at The Hop downstairs. While Sam Barrett’s poetic singing and fine guitar picking were on point – the loud crowd ruined any potential atmosphere. Amongst the surge of people coming in and out, and the general chatter from the nearby bar area, the set unfortunately came across as a bit open mic night, and the beauty that is Sam Barrett in full flow was lost.

From lost vocals to nothing but noise, next up were Forever Cult at The Hop upstairs. There’s something excitingly promising when you’re asked to decant your pint into a plastic cup before entering an empty room, but space quickly became premium as the dark venue filled up as things got loud. With minimal fanfare, the noisy trio from Leeds blasted out their style of updated 90s grunge with throat-ripping vocals and heavy riffage. The set ended perfectly as bassist Alex swayed into the crowd to deliver a final bout of noise.

Following on were Menace Beach. Having seen this band at fellow metro festivals Live at Leeds and Dot to Dot now, it’s safe to say that the sound at Unity Work’s Major Hall was the best thus far. However, as the band delivered their idyllic, surf psych rock steeped in catchy hooks and fuzzed guitar, the audience stood stagnant. Perhaps Menace Beach’s sound just didn’t fit well with the many Yorkshire dads in attendance – but regardless, the band still seemed it their all to the unreceptive crowd.

Unity Works was onto a good streak as next up were Fat White Family. Brilliantly fun as always, this band keeps proving that they’re more than just hype and controversy. And though nothing controversial happened (can you expect controversy in Wakefield?), it was still a hugely enjoyable set. The band oozed grubby cool as the guitarist puffed away on his cigarette while wearing a cowboy hat, and lead vocalist Lias Saoudi inevitably getting topless and resting his hands down his trousers.

Still in Unity Works but over at the Minor Hall were the delightfully fruity The Lovely Eggs. The venue was heaving as they played an enjoyable set to a sweaty, mainly post-Fat White crowd. In her bright tights and shift dress, singer Holly Ross seemed like a lovely egg indeed as she got the crowd singing along to the lyrics, ‘fuck it, oh yeah, fuck it, oh yeah’. The beauty of live music and its power of togetherness at its finest.

The highlight of the day was Gentleman’s Pistols back The Hop. With their feel good tunes that you just want to swig beer to, it’s hard not to smile and nod your head to these gents and their style of retro raucous rock. And judging from lead singer James ‘Atko’ Atkinson’s smile throughout the set, the band were having a blast too. A brief catch up with the sweaty front man after the gig enlightened us to the fact his signature flares were in the wash and that we can expect some new music coming our way soon.

The night ended with headliners Ash, the classic alternative northern Irish rockers. The older members of the audience were loving it, as the previously subdued Yorkshire dads got their groove on by reliving their youth through classics such as Girl From Mars. Newer tracks such as Cocoon were equally well received.

Overall, the festival had a feel-good, homegrown vibe to it as it managed to balance smaller names along established acts. Early on in the day, a local lad admitted to me, “I love music but I go to Leeds for that. Today is just about getting pissed” – and while he was rather intoxicated after running into him again, it was clear that he was also loving the music and the general festival vibe. The two aren’t mutually exclusive.