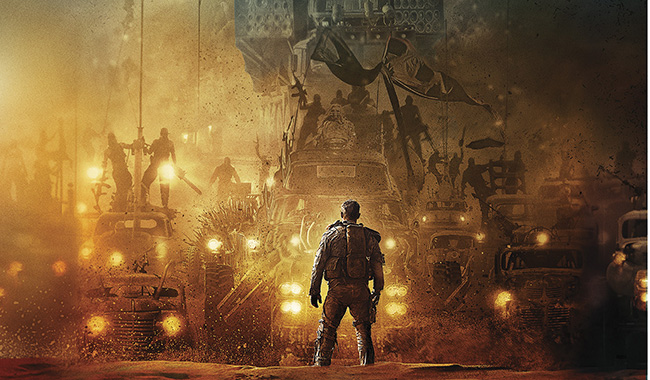 George Miller writes a very flattered introduction to this book – and rightly so – as so many artists have come together to paint, draw and sketch their own interpretations of visions seen in the new Mad Max Fury Road film.

Many different styles of artwork here show that there are no bounds to the imagination. Whether they are fixating on a moment of action with the film, or a dramatic posture of a character, or taking in the epic sweep of the desert wasteland, the iconography of clothing, scars, steering wheels, and the magnificent designs of the many automobiles in this film.

Each full or double page spread leaves you gasping for more illustrations by each artists (so in effect the book is a perfect model for artists to sell their style (assume g they have each played to their own strengths here). At the end of the book you get a small written piece about each artist involved which should help direct fans to their work.

The book itself is a bargain for lovers of the film and for post-apocalyptic visions of the future.