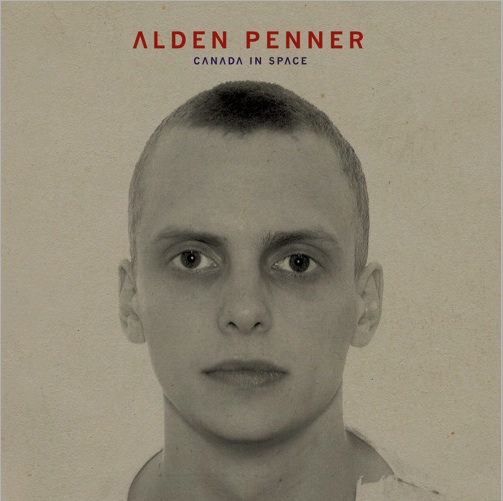 Did you know that there are more Canadians in the planned colonisation of Mars than there are any other nationality represented?

Alden Penner does, he of the defunct hipster-tipped hype-band, The Unicorns, and he has a rather strange way of letting you know it.

This knowledge is imparted to you by way of the conceptual ’Canada In Space’ EP (named for obvious reasons), that starts with the stirring fragility of Breathe To Burn, a song that could quite easily soundtrack, or potentially breed, the darkest emotions created by floating through the vacuum of space. A lone, almost mournful, guitar line plays over, Penner’s vocal echoes out across the universe as a minimal backline and a brooding mechanical growl join to build a spectacularly sparse psychedelic paean that gives way and breaks at its midpoint to reveal a straight up garage rock joint that on the outside appears to be unashamedly fun and frivolous…

Scratching away at the surface to reveal more is both rewarding and worrying, a quick google of the fire breathing Chimera in relation to interplanetary colonies will lead you down a black hole of Internet conspiracy theories that you may struggle to come back from. And this almost serves as a parallel to the EP itself, this isn’t what it appears to be… What looks to be a short 5 track run-through betrays the fact that it is bookended by two opuses that total 17 minutes in length between them. The music held within is poignantly simple whilst the lyrics behold stories and circumstances that you could write a thesis on.

And it certainly is a strange beast, each track on its own merits is a mini-masterclass in simple songwriting, yet I find the frame of the EP that it is hung upon to be counter-intuitive to the listening experience, all the intricacies and delicate measures contained within each track seem to be swallowed up and cancelled out by their own ubiquity within present company.

At it’s heart, this concept EP is as much a challenge to itself as it a freedom of expression.

It is as uniquely perfect as it is wonderfully flawed.

I love it as much as I remain undecided.