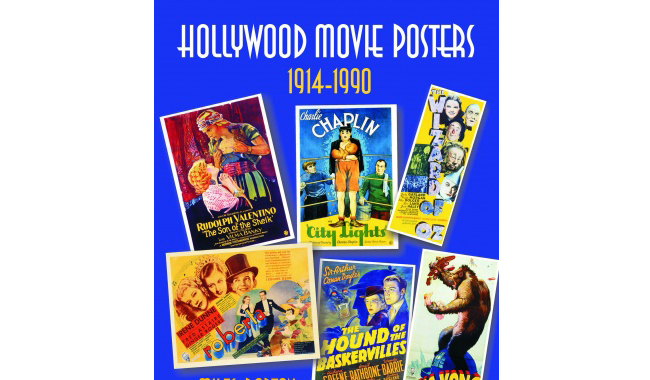 Now this is the stuff.  A book that says what it does on the cover. Moving in chronological order from the 1920s to the early 1990s, selecting some of the best poster images the film industry has had to offer – as well as a few rare alternatives.

There is the occasional interruptive text, but this is by and large a visual tomb and is easy to flick through. Anyone interested in poster art down through the decades will have an easy ride of it here is this full colour edition.

Books like this are best for beginners who want to soak up not just a breadth of artists at work, but also to see changes in tone and style down through the decades as each era has its own visual representations.  It’s also a keen study on how films were marketed in their own time by the various studios, so it may be a book of pictures, but knowing what you are looking for in a volume like this can show many hidden depths. Sure this book could have gone into more detail – but there are other volumes that focus on more specialist areas. this one is a good entry point.

There isn’t much more to it that that – but it does what it says on the cover so buyers should be happy.