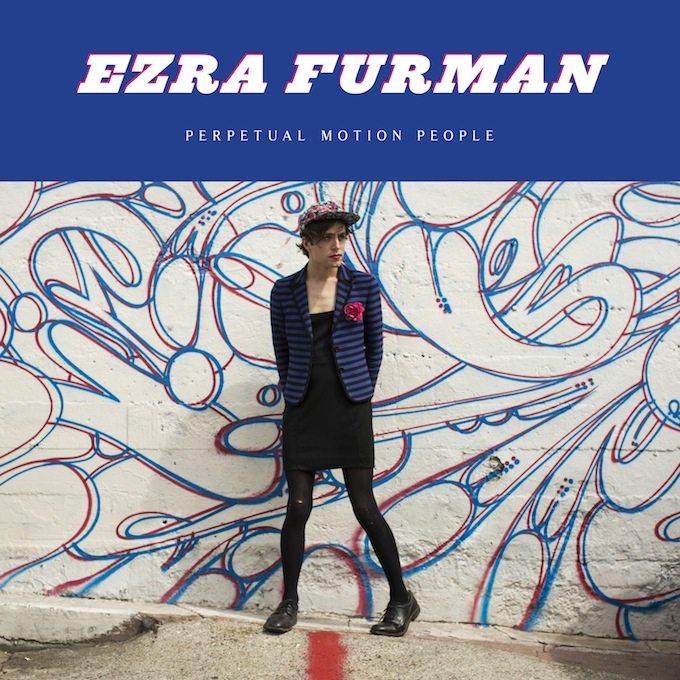 When Ezra Furman’s latest long player, his third solo effort and first since signing with Bella Union, kicks off in such spectacular fashion as the undeniably brilliant one-two combo of recent singles ‘Restless Year’ and ‘Lousy Connection’, it is a fair reaction to be skeptical of the remaining 11 tracks.

In these two tracks alone he has bottled lightning in the form of 50’s doo-wop smashed up against surf-rock with a pinch of a grungy garage sound that results in the most perfect pop moments to be released this year, and it aches my very soul to know that these will remain resoundingly niche and never bother our mainstream charts.

It is with great relief that what follows is very much in a similar vein. Albeit not quite as immediate perhaps, but it was a tough act to follow already, the upbeat tracks ring out with freewheeling abandon that is an absolute joy to behold, whilst the counterpoint slow songs are weighted heavily with truthful sentiment that echoes from your toes to your brain and leave you pondering your very existence until the next barn-storming rollicker kicks your blues back into place again.

It is Furman’s way with a lyric that are a true gift to him, initial listens may be praise-worthy on musical identity alone, it is another thing to pick apart the words presented to you and find so much to reflect upon, to the point that each spin becomes revelatory, this unlikely pop-maverick has been peering into the depths of your every emotion and saving these details up to spill across his own aural scrapbook.

Odd mis-steps are forgivable, the could-have-been-slightly-leaner running time is easily excusable, the truth of the matter is that a genius has been at work creating wayward philosophy cleverly concealed as simple, nostalgic-tinged ditties and my obsession with what Ezra Furman seems to say about me has only just begun.