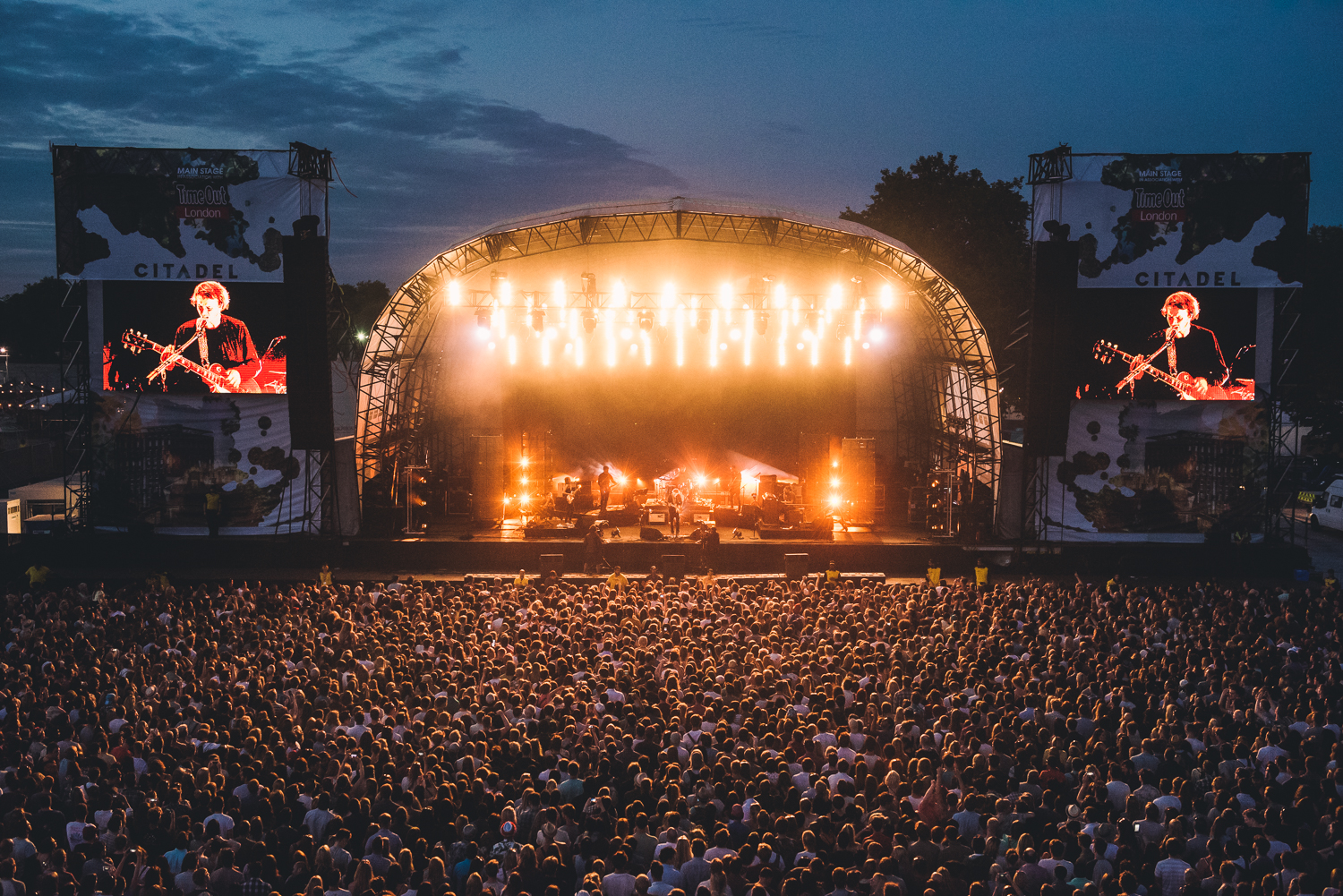 Basking in the summer sunshine, London’s brightest new festival Citadel brought together all the best elements of the perfect summer’s day, with live music, fine dining, debates and comedy, dancing and arts and much more to Victoria Park for a day to remember.

From the creators of the award-winning multi-arts Wilderness Festival, Citadel boasts an impressive array of food and drink options, with the sold-out Feasts from Richard Turner (of Hawksmoor, Meatopia, Pitt Cue Co. fame) offering a lazy Sunday lunch banquet, featuring a slow roast shoulder of lamb and chocolate tarts, as well as delicious treats from Le Bun, Constancia On The Road, Voodoo Ray’s, Meantime Brewery and Kozel.

The Despacio sound system was the stage for James Murphy and 2manydjs to shine – a unique custom-built disco bonanza, and a high point of the day.

At the Sunday Papers Live, Citadel presented debates and talks from the likes of bass poet Charlie Dark, beatboxer Reeps One, activist, author an politician Maajid Nawaz and London Mayoral candidate Tess Jowell. The Citadel Art Studio featured workshops spanning a number of skills including an origami masterclass, kids’ craft table and perps jewellery making, while there were dance workshops, a Hoop Hop woshrshop from Hoola Queen and capoeira with Danca da Liberdade.

The comedy tent, presented by Edinburgh-favourite Udderbelly was a roaring success, headlined by Australian comedian Felicity Ward. And the Sports Field was a hive of activity throughout the day, with a kids sports day, three-legged races, the Victoria Park Volleyball Championships with Robin Clyfan, disco dodgeball, relay races and more.

The Park Bandstand, hosted by Continental Drifts and Global Local, featured a melting pot of traditional music, from folk ceilidhs to hoedowns, while there was croquet, badminton and Giant Jenga for all to enjoy. The Roller Disco hosted the kids’ Rock ’N’ Roller Disco, and there were boutiques from Dancing Leopard, OOTO Clothing, Violet’s Box, The Wick Market, Gypsy East, Mystic Moon and Tallulah Minxy.

Citadel London came together to take a collective breath and enjoy the very best in music and creativity.