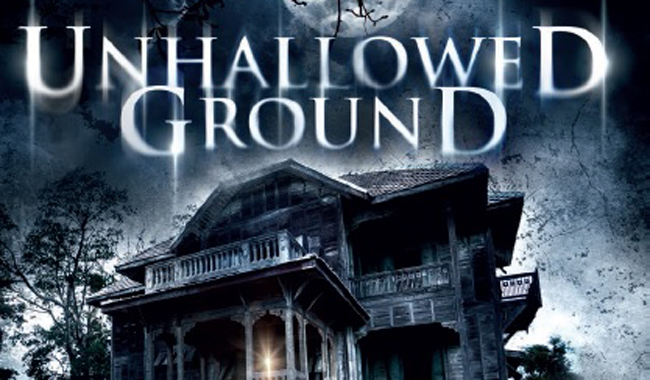 To celebrate the release of “Unhallowed Ground” – out on DVD 27th July – we have a copy to giveaway!

Having already picked up some nominations and awards at the British Independent Film Festival and the London International Film Festival, Unhallowed Ground is already garnering a reputation as a true gem of the indie scene.

Taking its cues from a classic horror staple – doomed teenagers wandering into a mysterious old building – Unhallowed Ground delivers something genuinely eerie and original. Proof that when it comes to creaky old houses and ancient evil, nobody can match the spooky legacy of British horror.

A) Scars Of Dracula

B) The Woman In Black

This competition closes on August 8th 2015