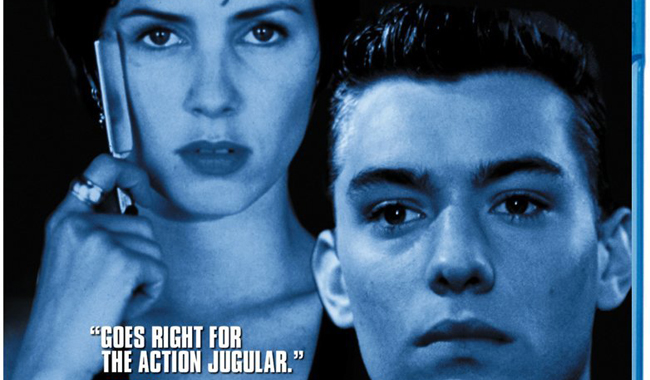 Paul Anderson may be more busy these days with Resident Evil movies, but way back at the start of his film career he entered the world of ram-raiding with this 1990’s cult hit set in the near future starring Jude Law and Sadie Frost.  The film has a very decent song soundtrack and features supporting turns from Sean Pertwee and Sean bean.

We have 3 copies of the Blu-ray to give away as prizes.

What was the next film Paul Anderson directed after Shopping?