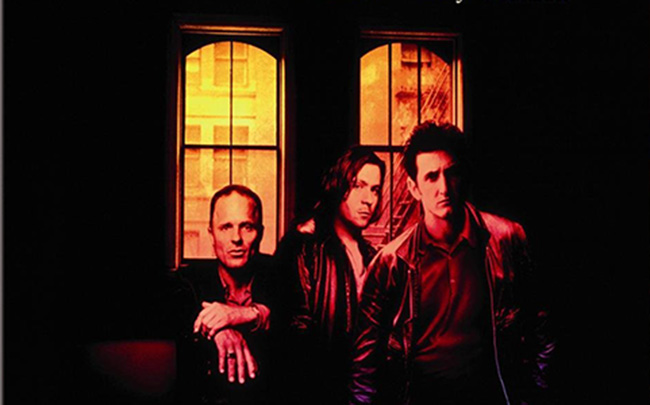 This largely forgotten, but masterful gangster film from 1990 gets a Blu-ray release after a slow rise up in popularity from VHS, DVD and online streaming.

Terry Noonan (Sean Penn) returns to New York City after many years and hooks up with childhood friend Jackie Flannery (Gary Oldman) the younger brother of more collected and calm Irish mobster Frankie (Ed Harris). Frankie is in the middle of negatioating peace and business 2with the Itralian mob, but his own gang threaten to tear it all down around him before he has had a chance to thrive and make business and his family grow.

They take Terry in under their wing and set him to work as part of the gang, unbeknownst that Terry is now an undercover cop.

State of Grace is simply a masterful piece of gangster cinema. It’s violent when it needs to be, cocksure when it wants to let its characters off the rails, supremely tense and featuring some very interesting set pieces that stand out from the crowd.

Phil Joanou pops up for an interview and shows his enthusiasm for making the film and his appreciation for its slow rise in popularity (Thanks to DVD and online streaming services) over the years after being swallowed whole by the likes of Goodfellas and The Godfather Part III back in the day.

This one sits head and shoulders amongst those films and is just as confident in its film making.

It also features very strong performances from its cast. Penn makes for a flawed hero tore between his new friends and his past, Oldman is in his prime (back in a time when he was renowned for going a little crazy on camera) and Ed Harris is solid as their mean leader.

There is also room for old pros like Burgess Meredith to make a cameo, and the likes of John C Reilly, Ronbin Wright and John Turturro to put in some solid character actor work.

As well as Joanou’s interview in the extras there is also a short interview with Ed Harris.

We also covered State of grave on part of our FILMCLUB series on the Filmwerk podcast back in episode 49 here. Well worth checking out!