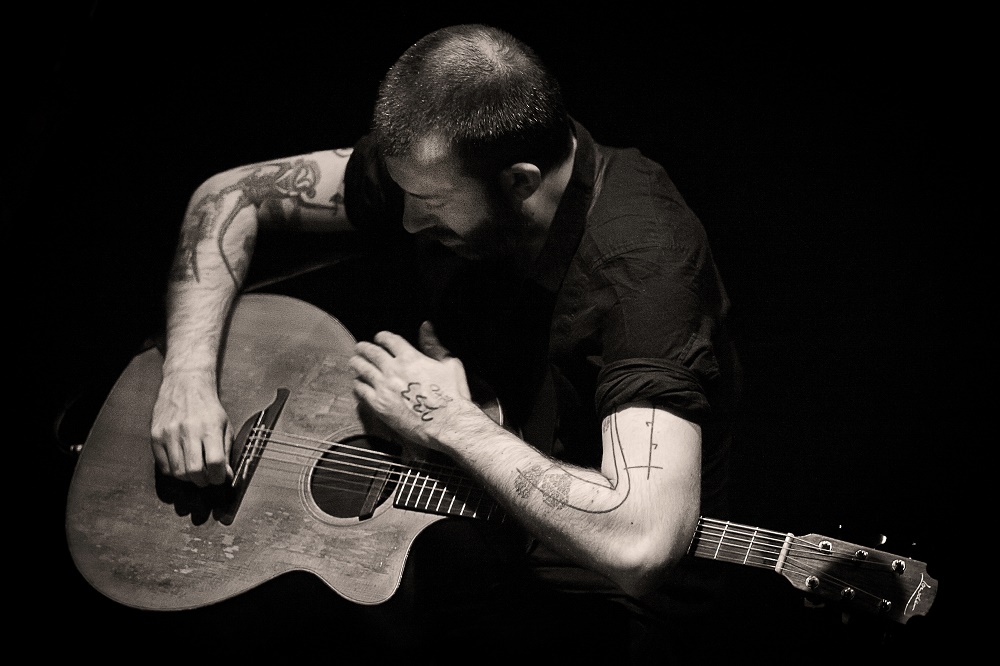 Our favourite acoustic maestro Jon Gomm today reveals a brand new blistering live video for ‘The Weather Machine’ – the latest track to be taken from his forthcoming ‘Live In The Acoustic Asylum’ album which is set for release on 8th September via his own label, Performing Chimp.

A raucous onslaught of Arabic influence, heavy-metal scales and even at times elements of funk, it’s a politically charged track that examines the Western role in arming dictators like Gadaffi and the consequences of those actions.

“It’s about the way Western politicians use violent crises in the Middle East as an excuse to sell weapons. After the Arab spring sprung in Tunisia, various dictators around North Africa and the Middle East were looking at their own populations, worried that they might rise up in revolution. David Cameron, never one to miss an opportunity, flew to Cairo with eight British businessmen – “defence contractors” aka arms manufacturers, and we sold more British weapons that day than in any single say in history.”

“We tooled up dictators. Our biggest customer was Colonel Gaddafi of Libya. And he was right to tool up, because his people did rise up in revolution. And Cameron, with no apparent sense of irony, sent British troops, to defend the people of Libya, from Gadaffi’s men and their brand new British weapons. The revolution won, Gadaffi was overthrown. And Cameron went to Tripoli and gave a speech to the assembled masses, and was hailed as a hero. It’s so sick it’s almost funny. It’s gonna frighten some of my purely acoustic-oriented fans, but for me there’s more to being a singer-songwriter than painting pretty pictures.”

Jon will also be hitting the road throughout September on dates in Canada, then home to the UK in October for a run of rescheduled headline dates, with a third new track to be released alongside the album. Tour dates in Asia are planned for the end of 2015.