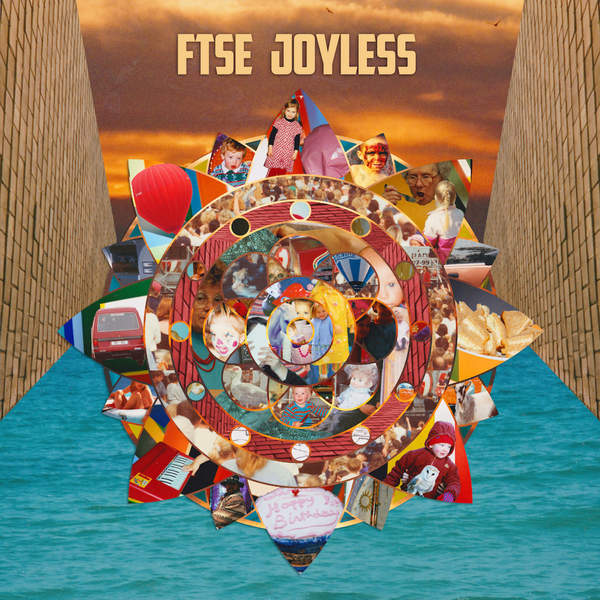 As one of the most unique rising producers, FTSE, aka Sam Manville, unveiled his debut album ‘Joyless’. Having previously worked with artists such as Femme and Jakwob, FTSE has also written and produced for MNEK, Becky Hill and HUNTAR. Known for his post-punk, hip hop style, FTSE’s music makes quite the impact with his diverse cultural influences, multi-layered song construction, and effective spoken word that serves up an honest critique of modern life. You could say he’s become a voice for the people; a voice for those who feel trapped in the system, or feel like their voice isn’t being heard. Speaking about the origin of his name, FTSE commented, “It stands for Fuck The System, Ennit. Being anti-capitalist, I thought naming myself after the stock market was quite funny.”

Joyless is an album that pushes boundaries in every sense of the word. There’s a complex nature to his song construction, with each new layer adding further depth and creativity, such as the title track with it’s effective looped samples, diverse instrumentation and powerful lyrics. This complex layering of elements continues throughout tracks such as ‘Fantasy’ and ‘Joyless’, while ‘Binary’ highlight his effective use of off kilter beats and disjointed vocals samples.

FTSE’s spoken word and poignant lyrics take centre-stage throughout Joyless, as he gives a very political and frank outlook on society and life, as we know it. His use of spoken word gives greater emphasis to the lyrics, allowing his message to resonate clearly. Whether he’s talking about society being too consumed by the digital age and the dangers of social media “a place we all feel safe to be as nasty as we want to be”, or poking fun at celebrities and placing them on a pedestal “Like Kurt Cobain, but not suicidal, gonna get a drug problem and be an idol, get fucked up, get filmed throwing up, when it hits YouTube it’s gonna go viral”, to our growing materialistic nature “You can get whatever you want for the right price”, or the every-day struggles in life “I’m not hiding, I just need to pull a little bit of wool over my eyes and the world seems a little less frightening”. The lyrics are raw and honest and present a very vivid picture. While his subject matter can be quite dark and downbeat at times, there’s also a sense of fun with his satirical lyrics, mixed with an eclectic and quirky production style.

FTSE enjoys experimenting with various styles, genres and influences, all of which are infused effortlessly from beginning to end. Having spent a month in Cuba, soaking up the local rhythms, it’s no surprise this has become a prominent influence on the album. There’s a sense of Carnival in tracks such as ‘Animals’ and ‘Blood On My Hands’ with its afro-Caribbean beats, eclectic percussion and brass elements, while ‘Celebrities’ explores ‘Bhangra style vocals, further enhancing the multicultural influences in his music. As a producer, FTSE isn’t afraid to jump from genre to genre with great ease. Having spoken of his appreciation for progressive French genre-jumpers like Mr Oizo and Cassius, FTSE proves he’s willing to break musical boundaries and not feel confined to one particular genre. Throughout Joyless you can hear elements of jungle, Afro Caribbean, pop, electronic and chiptune, making it a truly eclectic and exciting album.

FTSE has a great ear for infectious hooks and catchy lyrics, from the striking synth hook in ‘This Is Life’, the infectious brass in ‘Blood On My Hands’, and Taz’s smooth vocals in ‘Fantasy’ and ‘Safety Net’. With his wife Taz, providing vocals throughout, Taz’s songwriting skills are also put to the test in the self penned ‘If You Want Me To’; an honest love story where both vocals work in harmony, creating a trance-like state with the repetitive lyrics “I’ll be smiles and smiles and smiles all day”. Closing the album with ‘This Is Life’, FTSE comments on life, as we know it and how there is “No hope or role models here”; a bleak depiction of life for many. However, FTSE steers the track into a jungle direction, with hip hop percussion and stirring synths, giving the track further momentum and closing the album in style.

Joyless is an album of discovery, observation and anger that sees Manville return to his punk roots with great vigour and passion. A modern day poet if you will, that leaves us questioning the very society we’ve created. The album as a whole could be viewed as a narrative of modern life, mixed with FTSE’s unique ability in blending stylish pop and eclectic electronic beats. Joyless has firmly established FTSE as an artist – an artist with soul, creativity and an opinion.