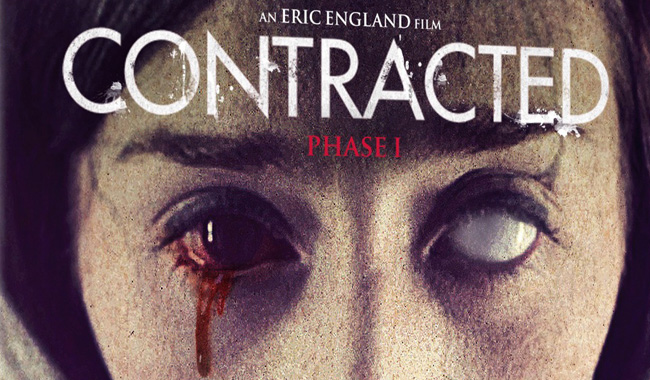 To celebrate the release of “Contracted Phase I”, out now on DVD & Digital Download, we have a copy on DVD to giveaway!

Having premiered at Film4 FrightFest 2014, this part zombie part body-horror tells the story of a woman who contracts an infection from hell! It’s the film that Shock Til You Drop said has “reinvented the zombie film” and “wants to disturb you”. Prepare to be shocked by this smart, stomach-churning shocker!

Continuing the work of genre greats like David Cronenberg and George A Romero, “Contracted Phase I” is the next stomach-churning chapter in biological horror!

“If Jaws was the film that made people never want to go into the water again, Contracted is the one that will make them think twice before having sex.” Under The Gun Review

Which film did David Cronnenberg direct?