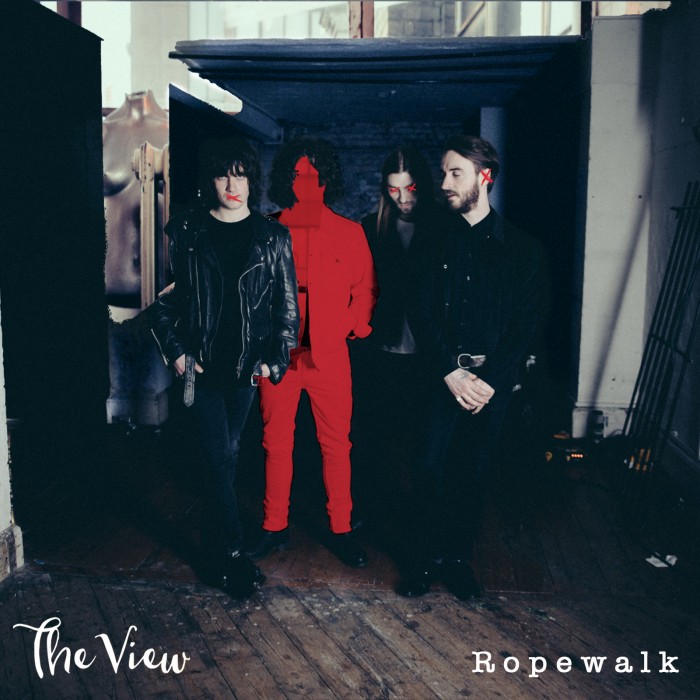 2007 was the year The View were almost chart toppers with their debut single ‘Same Jeans’. It was also around this time that British guitar music was sat at the controls of the industry as a whole. Bands like The Wombats, Franz Ferdinand and Razorlight were riding high, and very few of those bands are still holding on to that same sound. The View, however, are not budging.

Almost as though it would be blasphemy for them to drop their guitars for synths, or (god forbid) drums, they’ve managed to keep a loyal fan base interested in them by being the only stubborn Scots in music not to change.

Ropewalk is the sixth album bolted on to their growing back catalogue and with the evident skip still present in their step, the songs within are excitable nuggets of pop rock. There is a difference to this album; sonically it’s questionable at times, but you can tell it’s The View, and it’s ultimately a much more emotive affair than previous efforts.

It almost sounds as if the charming locks of hair that cover these Scots have been shortened and slicked back, swapping their cans of cider for a Berocca to help with the hangover. It’s not a raw sound per se but it is a rough one. With the introduction of some keyboards – a tasteful amount to be sure they’re used within context – also sees front man Kyle Falconer properly crooning over the slower songs. You can hear a much more contemplative band to the one that first appeared all those years ago.

The View have taken up a more subdued approach but haven’t completely departed from the rickety sounds of old. Ropewalk is an album that will stimulate the interest of people who aren’t familiar with their extensive back catalogue. With this new addition, it’s clear that The View are still wearing the same jeans but strumming a different tune.