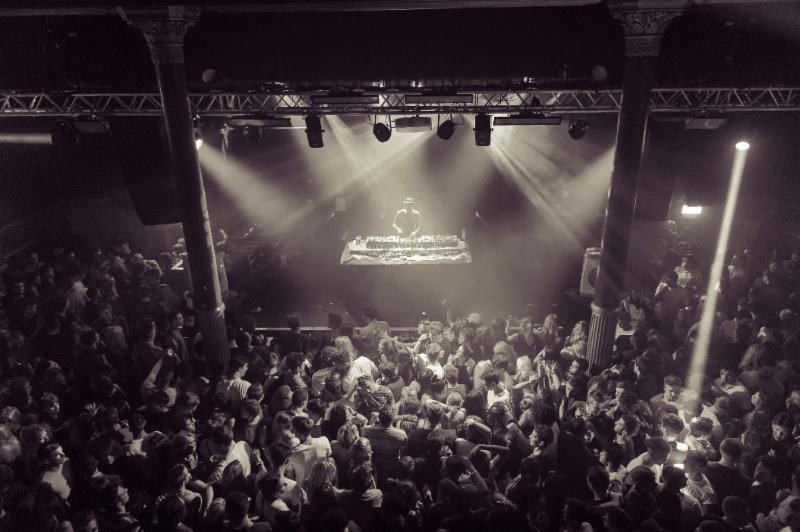 Having already announced their opening weekend with grime royalty Skepta, Preditah, The Square and Oneman, legendary Liverpool club night Chibuku are ready to lay all of their cards on the table as they announce their full mandate for the 2015 series.

Over the course of their 2015-16 run Chibuku welcomes, amongst others, man machine and disco royalty Giorgio Moroder. Producer, songwriter, composer and in recent times DJ, Moroder has spent a lifetime obsessed with the mechanical, the magical and the melodic which will all be served up for An Evening With this musical mastermind.

With her astronomical rise in recent months setting dancefloors alight worldwide, Hannah Wants brings her signature bass heavy house to the Liverpool institution and comes armed with backup from the mighty Redlight, Shadow Child, T Williams and many, many more.

The 17th October holds no prisoners with Bonobo and David ‘Ram Jam’ Rodigan going head to head, curating a hand-picked gang of diverse musical masterminds with the likes of EZ, Marcel Dettman, Scuba, Leon Vynehall, Bicep and Paul Woolford’s Special Request amongst the ranks holding court across the two rooms.

Saturday 7th November sees the undisputed stars of no nonsense house music Dusky and the soul and shake of Seven Davis Jnr take over Chibuku’s home the Arts Club alongside Moxie and a plethora of artists still to be announced.

Over the years Four Tet has pretty much become a musical institution and integral part of the British electronic landscape. He’s just at home producing leftfield dancefloor destroyers as he is offering his unique touch to the pop fraternity – his recent reworking of Chvrches has already notched up almost a 300k plays in just two weeks. Kieran Hebden aka Four Tet plays all night for a special show at the Kazimier

Another all-nighter in the form of Midland pops its head up the following week at Shipping Forecast whilst later in the season will see Amsterdam’s San Proper and Gerd Janson step uptp the mark. The same night Mano Le Tough takeover the Theatre alongside rising stars Lewis Boardman and Felix Dickinson.

We’ve got a pair of tickets to the opening night this Friday 25th September 2015 to give away, all you need to do is follow us on Twitter @glasswerk and post the following status:

“I want to win tickets to the @chibuku_shake opening party with @skepta this weekend! http://bit.ly/1j7k1T9 @glasswerk #shakeshake”

One entry per Twitter account, must be following @Glasswerk and @chibuku_shake to be eligible. Covers entry to the venue only, entrants must be 18+. The venue reserves the right to decline entry in special circumstances.