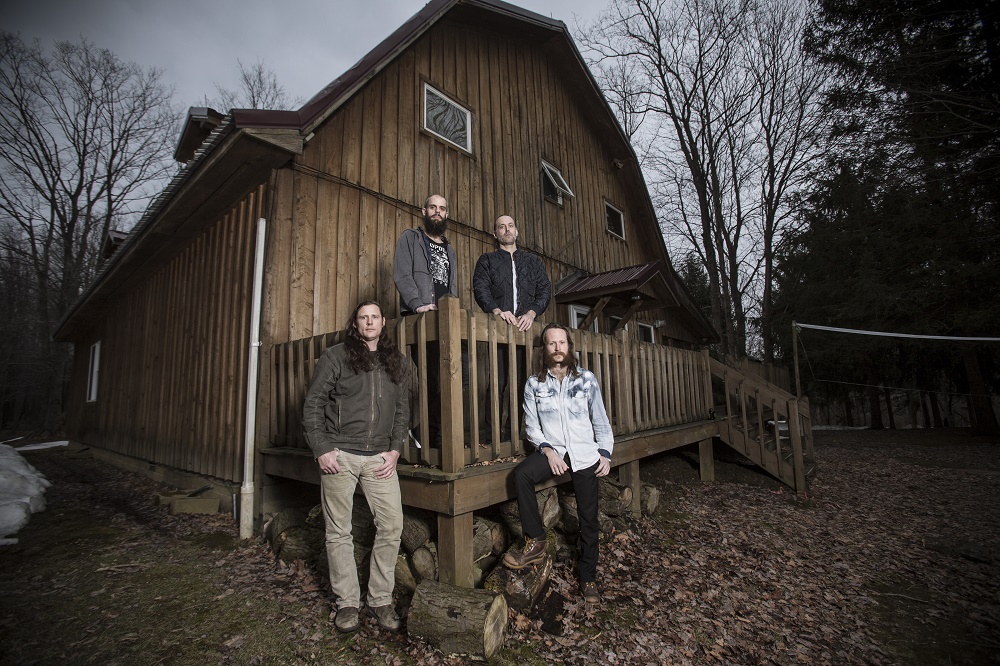 Masters of heavy, BARONESS, have released the official video for their sombre new track ‘Chlorine & Wine’ which you can watch in full below.

The track is taken from their first new album since 2012’s critically acclaimed ‘Yellow & Green’ – ‘PURPLE’ will be released on 18th December 2015 on the band’s newly formed label Abraxan Hymns.

The video, which was directed by Jimmy Hubbard, gives fans a raw, behind-the-scenes peek into the making of the song, including footage of BARONESS writing and rehearsing the track as well as recording at producer Dave Fridmann’s Tarbox Road Studios.

“We’ve been off tour for too long,” said John Baizley. “It’s time for Baroness to start playing shows in the U.S. again. We’re doing a short run through the eastern half of the States, in small clubs, getting our new songs stage ready for 2016. Who knows, maybe we’ll even throw in a few songs from the very early EPs and albums. See you soon…”