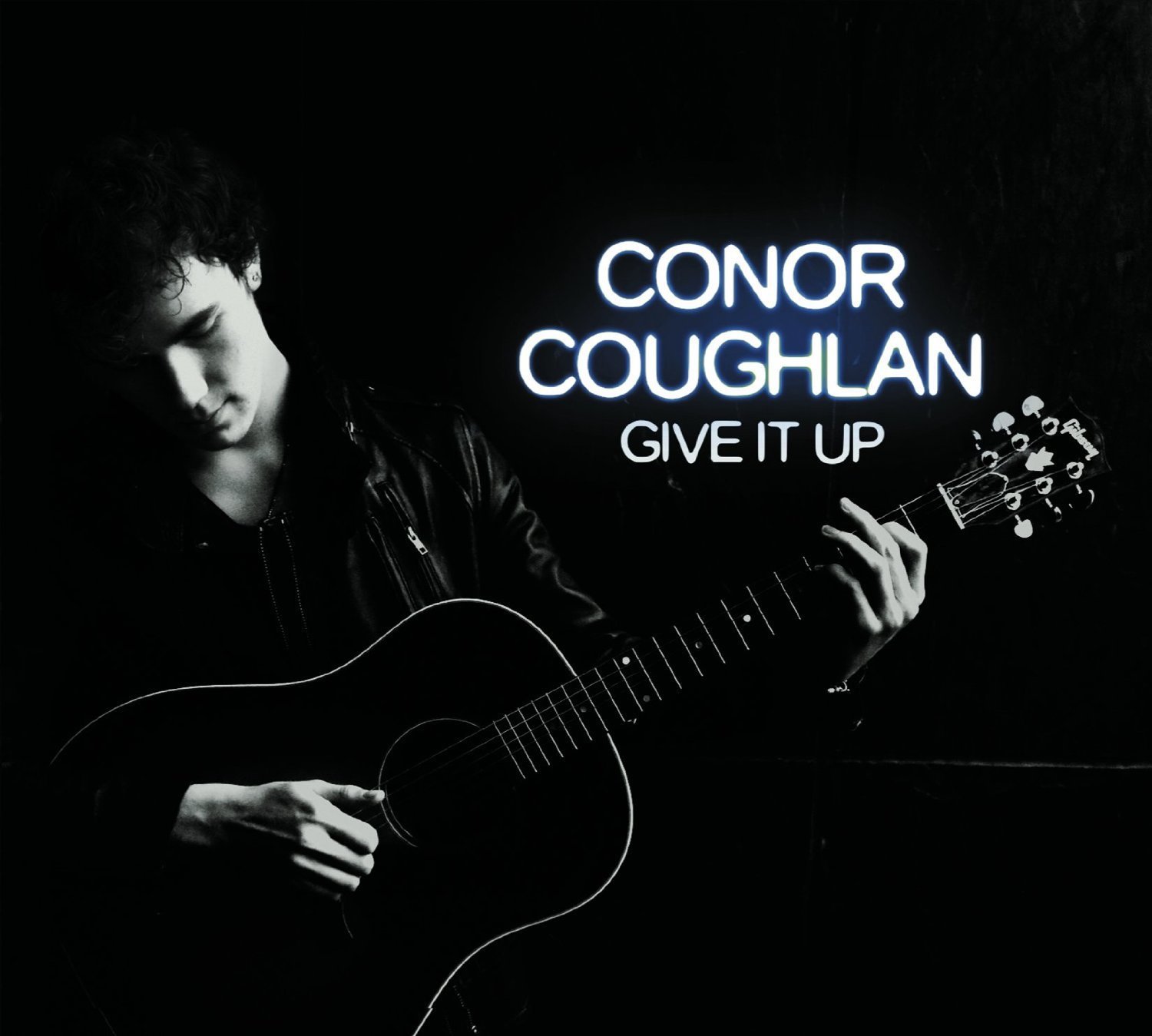 Conor Coughlan – Give It Up

Give It Up is a very good collection of eleven acoustic songs. It has a mature and melodic sound, with fine songwriting matched to smooth vocals and some nice acoustic guitar work. But what makes it really stand out is that this is the debut release from a nineteen year old with real musical talent.

Singer songwriter Conor Coughlan was born in Essex and grew up in Canada. His father is a music fan and encouraged the young Conor to take up the guitar, which he did to excellent effect. He was writing songs at nine years old, leading a band and touring at fourteen and recorded his debut album aged just eighteen.

Give It Up was recorded in the world famous Fantasy Studios in Berkeley, California. Studio manager Jeffrey Wood was so impressed by Conor’s music that he produced the album himself. The tone is laid back and at times folky, but with the rocking edge you might expect from someone raised on a diet of Neil Young, Bruce Springsteen and the Rolling Stones. Drums and organ back the guitar and vocals subtly and the occasional steel guitar flourish adds emphasis.

The album opens with its first single Sun Don’t Shine, a typically up tempo and emotional track. Coughlan has a knack of producing fairly simple songs with catchy, almost poppy, hooks and this one builds from a strong acoustic guitar opening into a break up song that’s unusually upbeat in its sound. The excellent love song Irish Serenade follows, another with deep emotions expressed simply. Young Conor’s songwriting features deft touches not often seen in teenagers. These two songs make a strong statement and the rest of the album lives up to it.

Fifth Avenue Flirt is definitely the standout track, another fast paced and nicely structured love song with real flair and a catchy chorus. Dannemoa Banks has a harsher feel and the more expansive vocals are well delivered. Another upbeat track I’m Going Home again has a lovely catchy chorus and works very well.

There are slower songs here too and Give It Up is perhaps the best. The guitar and harmonica intro has a Tom Joad era Springsteen feel and Coughlan produces his best vocal performance in a passionate song. The closing Will You Be Mine has a simple sound, with just guitar and vocals used in a deep declaration of love.

Conor Coughlan can be proud of this debut release and you have to think there is a great deal more to come from someone with so much ability. He writes memorable and moving songs, plays well and has the type of voice that could be used to front a rock band as well as sing acoustic ballads. Not too many singers have that versatility.

Venue: Give It Up
Support Band: Homewood Music Collection