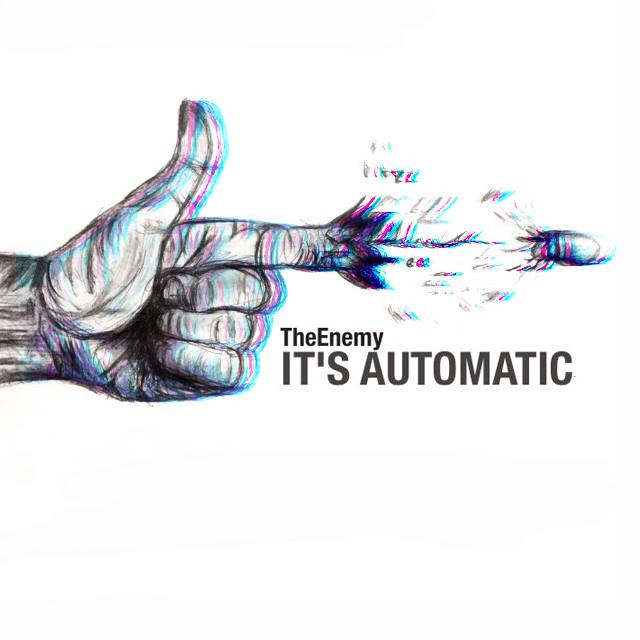 It’s fair to say that a battle The Enemy have had consistently throughout their time in the limelight would be one with the media. Between (for the most part) scathing reviews of anything they release and personal attacks on physical appearances, The Enemy have still prevailed and managed to put some new music out.

From their debut album back in 2006 right up to present day, there has been a noticeable difference. They would appear to have turned from a shoddy pastiche of The Jam to a newly formed shoddy remake of Take That. Front man Tom Clarke was once noted for commenting that there was a lack of good music in the current climate. How ironic. Hindsight is a very torturous thing, really.

It’s Automatic is a complete and utter flop. It truly must come as a surprise to everyone that The Enemy have garnered as much attention as they have. Their debut; critically acclaimed, but incredibly droll. Every album since has been unable to live up to that early hype, with no surprises.

In fairness, this album does take on a different sound to which the band formerly inhabited. The introduction of synth-packed choruses take their sound somewhere into the provinces of one-hit-wonders The Big Pink. The problem is though, that one song by The Big Pink was actually good. This, however, is dire. If it’s true what they say – that critics tend to lose interest after three songs – then this album is one that will have lost your interest after three minutes. The cringe-worthy lyrics from Tom Clarke leave absolutely everything to be desired, the cherry on top of this behemoth failure of an album.

It’s almost blasphemous, their transition from imitating The Jam to clutching at straws resembling Genesis; after the surprising success of their embarrassing attempt to revive mod culture, people were already begging: “Please, put down the guitar, please!”

After this album people will be begging: “Please just stop.”