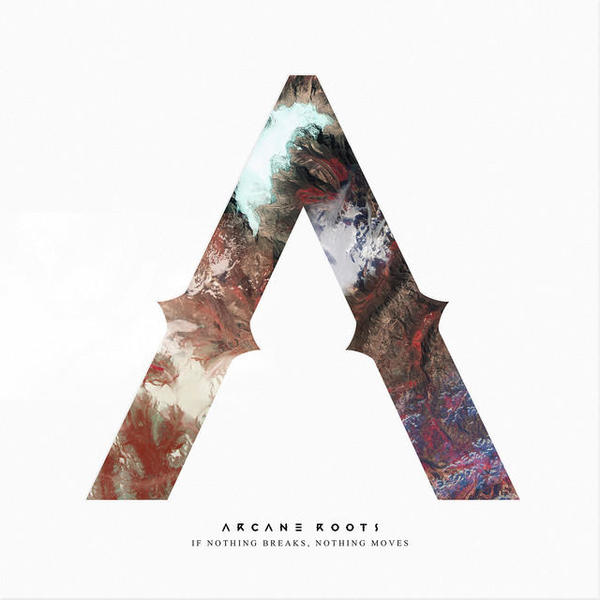 Arcane Roots have spent a long time lingering in the shadows of the UK rock scene – a band that have always had the potential to be something bigger, meaner, more of a force of nature than they were often given credit for. Well, you’d best strap yourself in, because ‘Heaven & Earth‘ – if there’s any justice in the world – is about to catapult this band to a whole other level.

It might only be a five track EP, but what it lacks in length it more than makes up for in substance. It’s an astonishing effort. A record that sounds a lifetime in the making, coursing with passion at every exhilarating twist and turn, a celebration of the many facets and meandering sub-genres that are currently throbbing with life here in the healthier-than-ever UK rock community, all represented in stunning technicolour on this jaw-dropping collection.

There aren’t enough adjectives in the world to pin in front of any description of this one. At the risk of sounding like a hyperbole-loaded press release, you need to own this EP. You need to go and see Arcane Roots live. You need to support a band who are clearly riper than an exceedingly ripe brie for the picking. Arcane Roots are everything that is good and pure and wholesome and just really fucking wonderful about rock music here in the UK right now.

It’s hard to decide what’s more impressive; the dizzying highs that front man Andrew Groves reaches on each and every track, straining with effort and practically bleeding through his vocal delivery; the jealousy-inducing musicianship; the epic and perfectly crafted song writing; or maybe simply the fact that this band have worked their fingers to the bone over the past few years to achieve something special, and by God they’ve done it with this release.

We don’t do scores here at Glasswerk, so if we had to pick one word to plaster on a press release in huge fuck-off capital letters it would be this: PHENOMENAL.