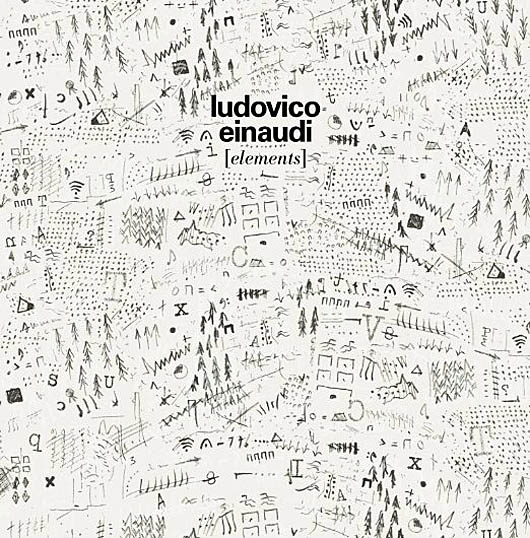 Minimalist, alt-classical, ambient and contemporary – all words that have been used in vain to describe the multi-faceted talents of composer Ludovico Einaudi over the years. Lingering on the fringes of the classical scene, too pop for purists, he’s carved a niche of his own, partly through the sumptuous and evocative soundtracks that he’s lent to a wealth of films over the years.

His new album ‘Elements’ is another tour de force from the veteran artist, interweaving sublime piano, strings, percussion, guitar and electronica arrangements into something which transcends the usual forms of classical-tinged offerings. Inspired by nature’s elements, mathematical and scientific elements, musical forms and works of art, this latest record feels more like a bold declaration of Einaudi the man, a portrait of the mind through which this astonishing creative spirit flows.

As alluded to in the album’s title, ‘Elements’ is a grand collection of constituent parts – form and function in perfect balance. At its heart lie simple and clean melodic lines and perfectly matched accompaniments, almost pastoral in tone, and saturated (as with much of his music) with the awe of the natural world through an inexplicable and powerful emotional resonance.

In a delightful turn of reverse onomatopoeia, Einaudi’s compositions often sing with the core of their titular subject matter as on opening track ‘Petricor’, the adjective used to describe the smell in the air after a fresh rain. It dances playfully and evocatively, perfectly recreating that gentle patter of water that soon builds to a frantic deluge and the resulting calm after the storm. The sombre delight of ‘Night’ is a stand out highlight, a nocturnal epic that could stir emotion from a stone, and elsewhere the more contemporary and experimental minimalism of ‘Logos’ is a fitting tribute to Einaudi’s fascination with philosophy, an intricate and beautiful affair that culminates in a rousing, frantic finale.

With his work on ‘Elements’ it seems Einaudi has laid bare his creative process and given the listener a rare glimpse inside the tangled mind that works as a conduit for music that is often staggering in scope, rich in human insight, and most importantly alive with the vibrancy of the world through which we all walk.