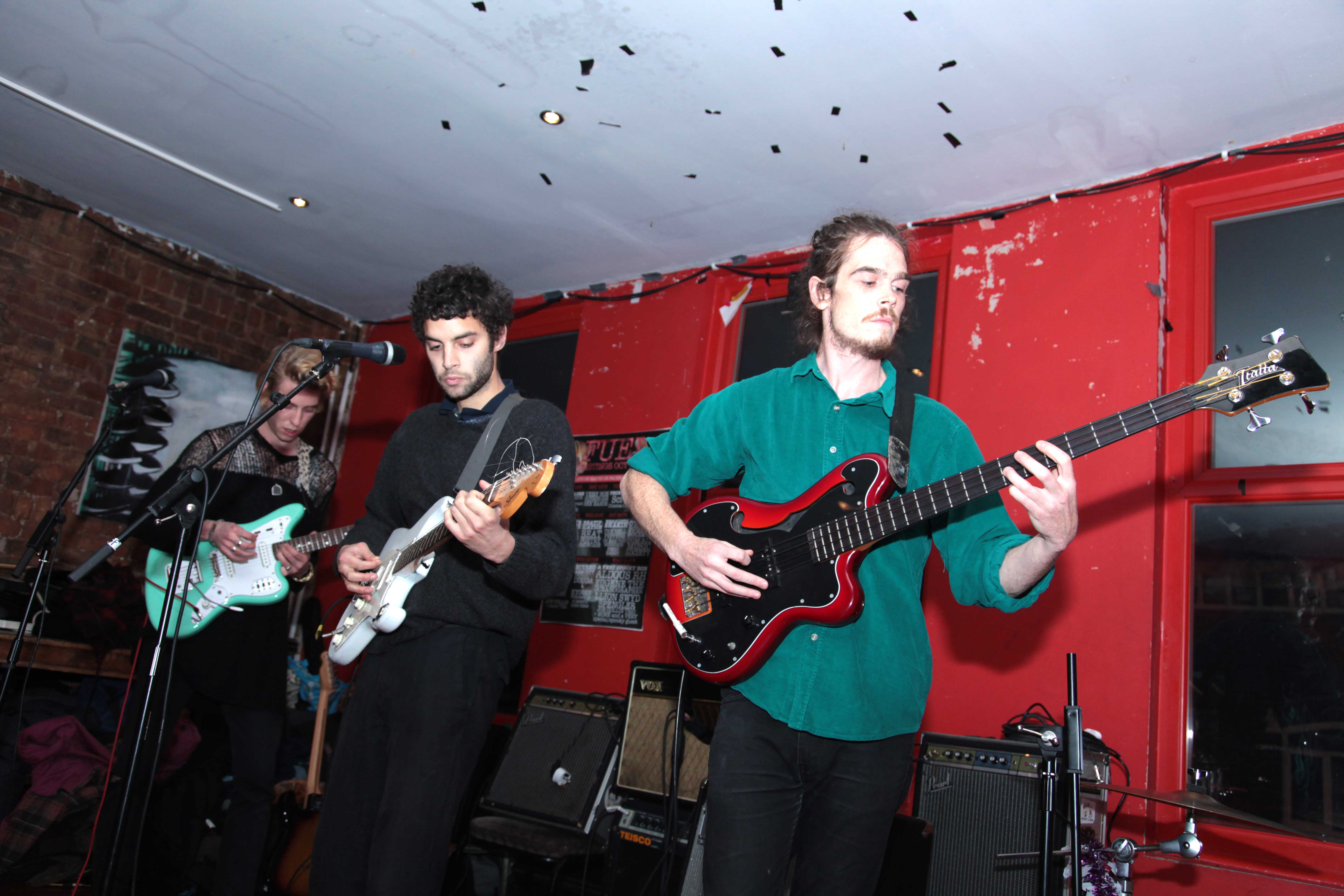 Short sharp blasts of annoyingly infectious, raw, sounds from the first band, Duds, drew the crowd rapidly up the stairs at Fuel on Saturday. The musicians have no connection with the duo that went under the same name in ’08 – as this group would barely have been able to get a soft drink in a pub back then – but spookily, one guitarist does know the other band members. There’s a saying that it’s all about quality rather than quantity, so the circa 15 minute set that seemed to mesh vibes from Talking Heads with the Cramps to a pleasing effect, got the evening off to a good start. Perhaps the band wanted to catch the Smith vs. Fielding fight on TV, another affair that didn’t really last that long either.

In keeping with a typical Grey Lantern presentation, next band up, Sprinters, bear little musical resemblance to the previous one. Opening their set with an instrumental (something that could be interpreted as a loosener, but is actually a deftly melodic and warm affair) on a wet November night, their songs are anything but miserable, instead conjuring up welcome memories of summer sun and lazy days.

Fuzzily distorted and intricate, headliners TV Wonder are playing their last gig of a 4 venue tour in the UK, though it’s anything but an end of season affair, one in which they are merely fulfilling an obligation. This gig started off with a sound engineer, myself and the glow from the Canadian Charcoal Pit in the deliciously low-key venue, and finished off with standing room only at the back.

Based on the evidence of their sound alone, you would think the band had grown up living next door to such positive influences as Dinosaur Jr. The reality is probably a bit more mundane, in that they enjoyed the buzz from abroad within their home city of Amsterdam and decided it was for them. Mind you, for this performance the band did request that the lights were turned off so it was an unusual sensory experience. The fireworks outside were well matched within at Fuel on this occasion.