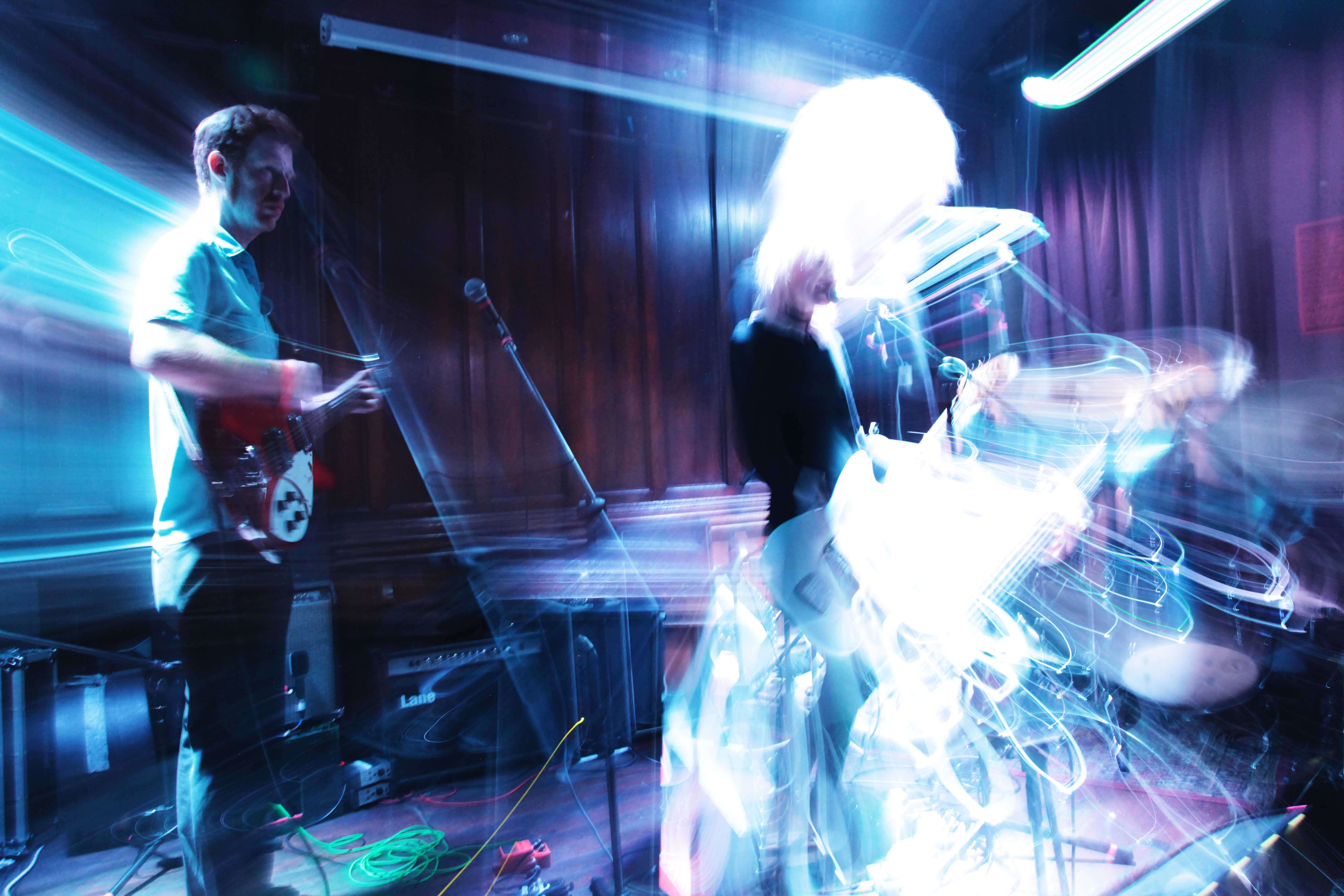 Over the last couple of years, a part of central Manchester has had venues ring fenced, whilst trails of people scuttle from one location to another hoping they will get to their destination on time. Thankfully it isn’t a Tory party conference but part of the Carefully Planned series, and this year there are 8 venues within staggering distance, supporting over 150 acts, to catch,

It’s an opportunity for bands from near and far, such locations as Leeds, Scotland and Southampton to name a few, to showcase their talents. The InTheCity events used to take place in October but CP has an identity in its own right, one that is more focused on live music.

For A Sudden Burst of Colour, it’s the furthest they’ve travelled from Glasgow for a gig but it’s only after the 3rd song that the packed crowd can appreciate them fully, once the combination of a knackered amp and broken guitar string had been overcome. It was worth the wait

There’s a rich diversity of talent to be stumbled across, sometimes literally. With the downstairs section of Cord bar partitioned off, limiting capacity to a maximum of probably 15 people in the area, Cord was only going to be a workspace for acoustic acts such as Finn LeMartinel. Sat on a beer keg, his guitar laid flat across his knees, Finn slaps the wooden frame and picks the strings with a delicacy and nuanced touch to match his emotion-laden vocals.

At the Ride the Bow gig, it was all very sophisticated, with plenty of listeners sitting cross legged on the wooden floor, listening to the band leaning on the horror stories of M R James for lyrical inspiration. “Death and destruction brings truth and silence”. Possibly.

The dungeon like basement of Soup Kitchen seemed the perfect environment to enjoy the set from Hannah Lou Clark, with it’s minimalist lighting creating eerie shadows for the disturbing sounds.

The spine of the event seemed to be around the duo of the Castle and Gulliver’s, and even late on a Sunday night there was plenty to miss your train home for. One such band was the Leeds based outfit Commiserations. After observing and listening to 20+ acts, the 3 piece have a ferocity to prevent indifference or tiredness setting in. A raw intensity flooded from the stage, with Clare’s strident, beautifully patterned drumming matching the passion and intensity from Esmé Louise Newman on vocals & guitar, plus Stephen McKay

So while the noise does away in the following days and musical withdrawal symptoms kick in, there are still snippets of memories, such as Richard Lomax demonstrating his prowess on the omnichord to bring a smile to the face, and hope that the next one isn’t too far off.