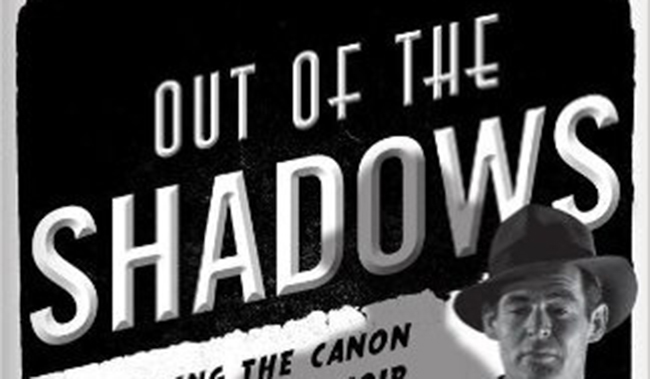 Out of the Shadows: Expanding the Canon of Classic Film Noir Review

There have been many books written about film noir since the term was coined by French intellectuals in the late 1950s; previous to this they were merely termed as crime films. It was recognised that a common thread and style to film noir from its earliest films (either Stranger on the Third Floor, 1940 or The Maltese Falcon, 1941 being the first, dependent on who you read) that ended with Orson Welles’ Touch of Evil (1958) or as with this book, Otto Preminger’s court room thriller Anatomy of a Murder (1959). What this book doesn’t do is list what constitutes a classic film noir. In other books the themes or style they cover and lay out are a murder, Expressionistic black and white photography with dark shadows, deep focus camerawork, a flashback narrative and a femme-fatale. Although these are not coveted as a list in Phillips’s book these themes are studied and analysed.

Although the sub-title of the book states that the canon has been expanded, Phillips does look in detail at some previously much written and covered films in the canon such as The Maltese Falcon, Sunset Boulevard (1950) and The Killers (1946). But he also looks at lesser known or written about films such as Act of Violence (1948) (Illustrated on the cover) starring Robert Ryan (a film noir regular) and Van Heflin and A Double Life (1947) but the author does mostly play it safe with his subjects. What works well is that each chapter looks at least two films per chapter as comparative studies and towards the end of the book he explores neo-noir from the brilliant 1937 set Chinatown (1974) and the Patricia Highsmith adaptations (The Talented Mr. Ripley, 1999 and Ripley’s Game, 2001); another of Highsmith’s novels adapted into a film, Alfred Hitchcock’s Strangers on a Train (1951) is also covered.

The book’s starting point looks at the writer who originally influenced film noir, Dashiell Hammett. Hammett’s brand of gritty hard boiled fiction includes the adaptations of his novels, ‘The Maltese Falcon’ and ‘The Glass Key’ into films and one of The Thin Man films as well as Chinatown, much influenced by the writings of Hammett. The scripted adaptation of Highsmith’s novel ‘Strangers on a Train’ by that other classic writer of hard boiled crime fiction, Raymond Chandler is also covered, although the author acknowledges that Chandler (and James M. Cain are worthy subjects in their own write). The one film and by that count writer of this genre of writing neglected is James M. Cain who wrote the story that was turned into the benchmark film noir, Double Indemnity (1944), a film hardly covered in the book at all.

The final chapter covers the aforementioned Chinatown and another classic modern neo-noir, LA Confidential (1997) but is not written by Phillips, but instead by the books editor Jim Welsh who offers a bit more information about the author, referring to him as Father Phillips as the author is also a priest (he has written a number of other books on cinema books on Billy Wilder, David Lean and an encyclopaedia on the films of Francis Ford Coppola). The book is an easy read and it is the analysis of two juxtaposing films in each chapter that makes the book interesting, some obvious pairings and some less obvious. Never the less do not expect this to be a completest book but does make a good, even vaguely academic study of the genre.