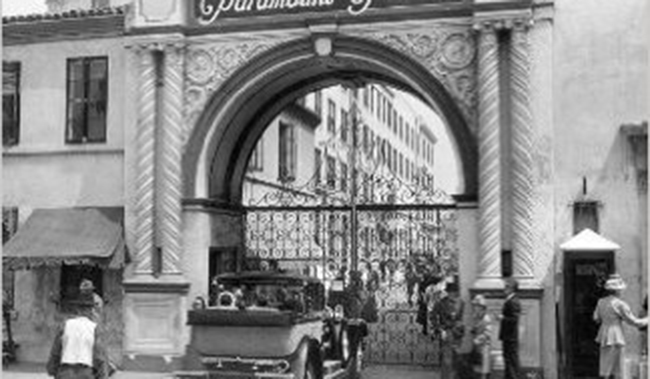 The Archaeology of Hollywood: Traces of the Golden Age Review

In 1997 there was a little seen film made called ‘Til There Was You. This was a women’s melodrama that was set in Hollywood and about a writer who is looking for love and begins dating an architect while also trying to protect some of the Art Deco remnants of Hollywood’s past. In Paul G. Bahn’s slender and well-illustrated book, ‘The Archaeology of Hollywood: Traces of the Golden Age’ he looks at Hollywood and how much of its past is still standing, exists or has been memorialised. As an archaeologist himself Bahn takes the geographical and geological ground of Hollywood as a starting point, looking at the marshes and the Indian land. It wasn’t until the early 20th century that folk began to settle here and not until 1912 and the First World War period when it began to grow. And boy did it grow! Tinsel town, labelled as such we are told by Hollywood composer Oscar Levant saw its heyday in the 1920s, in a mere 10 years of growth.

Previous to World War One Hollywood (the author also goes into the derivation of the name Hollywood) did not exist as a base for American film. Up until the First World War France, the founding country of moving film led the way, followed by Germany but the First World War ended that with Hollywood filling that vacuum thanks to its bright California sunshine making location shooting ideal. Filmmakers such as D.W. Griffith and Cecil B. De Mille began making epics while smaller slapstick comedians as Mack Sennett, Charlie Chaplin and Hal Roach were engineering a mass form of popular entertainment. In 1916, Griffith made his epic reconstruction of Babylon in Intolerance. A few years later De Mille made The Ten Commandments and the remainders of the sets ended up being buried in sand pits where they were filmed. The author posits the idea of what if an alien arrives to understand the city and its history and comes across these deity statues made of wood and plaster. What would they make of them?

What becomes clear throughout the book is the little respect that Hollywood has for its own past. Like the film, ‘Til There Was You, it wasn’t until the 1990s that Hollywood recognised that it’s past is neither respected nor preserved. What is demonstrated is that there are some figures that have been remembered such as Douglas Fairbanks Snr. and Rudolph Valentino, whose death at the young age of 31 in 1926 it was alleged led to suicides and the annual anniversary of the ‘Lady in Black’ who lay flowers on his grave for many years. Over the years the studios have obviously changed vastly, the handprints and the Hollywood Walk of Fame are ever present and, as this is the home of the movies some of the cinemas such as Graumann’s Chinese Theater still exist. Many other famous sites and locations have been bulldozed which with all too much regularity have become either parking lots or banks. Like Las Vegas Hollywood has had no respect for its own past, history nor place in culture.

The book ends with a long chapter and appendixes looking at the many memorial parks, monuments and grave sites of the many stars of Hollywood. But not all these are movie stars; also given mention are the graves of singers such as Harry Nilsson, Gene Vincent and Karen Carpenter or jazz musicians such as Buddy Rich. It is an interesting read and does advise that any tour of Hollywood for tourist should be taken with a pinch of salt. It will, hopefully incite any reader take an active interest in the conservation of Hollywood and its archaeology.