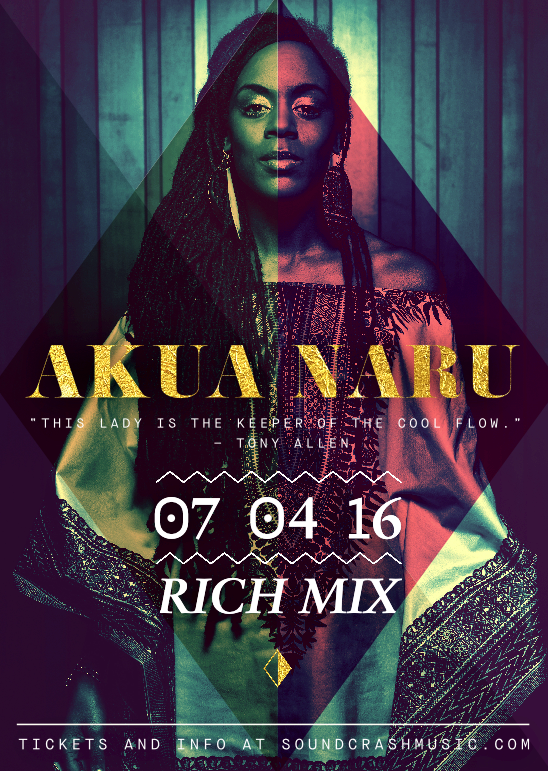 Akua Naru‘s powerful poetic lyricism, talent for story telling, and ability to integrate historical narratives into her music with unmatched eloquence, have drawn the attention of scholars and activists around the globe.

With the release of her debut album “…The Journey Aflame”, Naru has in a short time
solidified herself on the scene as a model for what women can be in hip hop. Since the album was released, the album has been written about in several countries and deemed a classic hip hop contribution by hip hop critics from New York to Moscow.

Naru and her band have a reputation for captivating audiences, hyping crowds, and inspiring many. Clearly, her music and performances are a testament to the legacy of soul music and the powerful trailblazing female artist tradition on which it builds.

Now, she heads to the UK on 7th April 2016 for a headline show at London’s Rich Mix venue, and we’ve got a pair of tickets for the show to be won. Entering couldn’t be simpler – follow us @glasswerk on Twitter and post the following status: