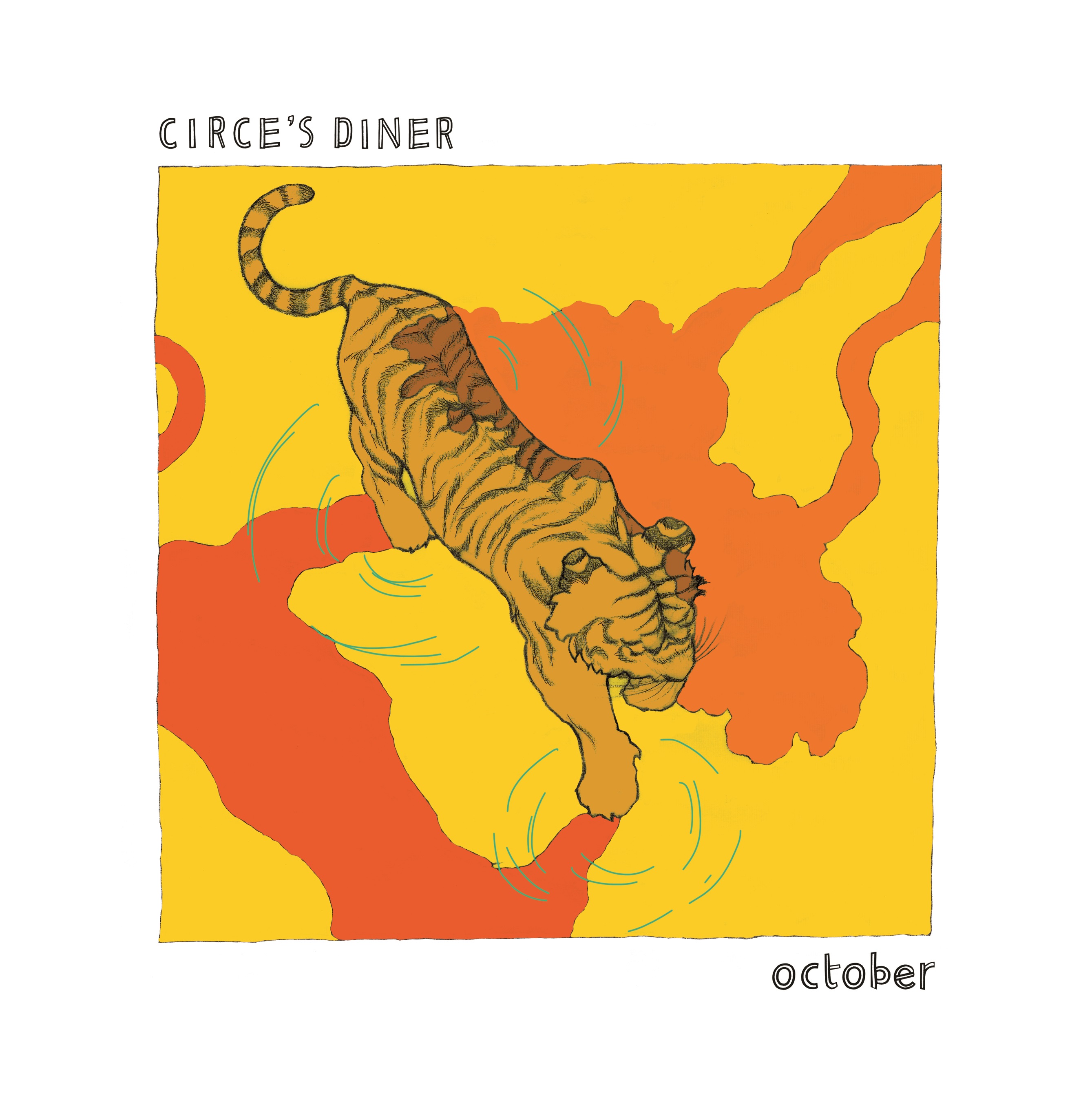 Circe’s Diner are an acoustic four piece band from Bristol, formed in 2014. Their music is bright and breezy with a mix of infectious melodies and lovely harmony vocals making it feel much too light and summery for a January release. There are clear country influences on several of the seven tracks on this EP (or mini album?), which was self funded, self-produced and self-released by the quartet.

The opening tracks give the EP a strong start. Let’s Go Sailing sees the twin vocals of Rosina Buck and Bronte Shande combining well over acoustic guitar and piano. There’s a wistful tone and a gentle, pleasing vibe. Title track October has a mix of sounds, with a country lilt added to the vocals and a shuffling drum beat from Pete Catada that adds a jaunty air to a gentle love song.

Muddled Mind is slower and emotional, while Ben Tunnicliffe’s bass stands out on Whispers, which also features two excellent vocal performances. Tiger King is interesting lyrically, with desire expressed through metaphor, but it is a little one paced. The closing pairing of Caravan Song and Fire Fare are pleasant, if not memorable, tracks, in a similar pop folk vein.

The October EP is an enjoyable 30 minutes or so of music with some good songwriting and strong vocals. The melodic pop feel takes it away from pure folk and probably to a wider audience. To that end the band will be on tour throughout January to promote the release.