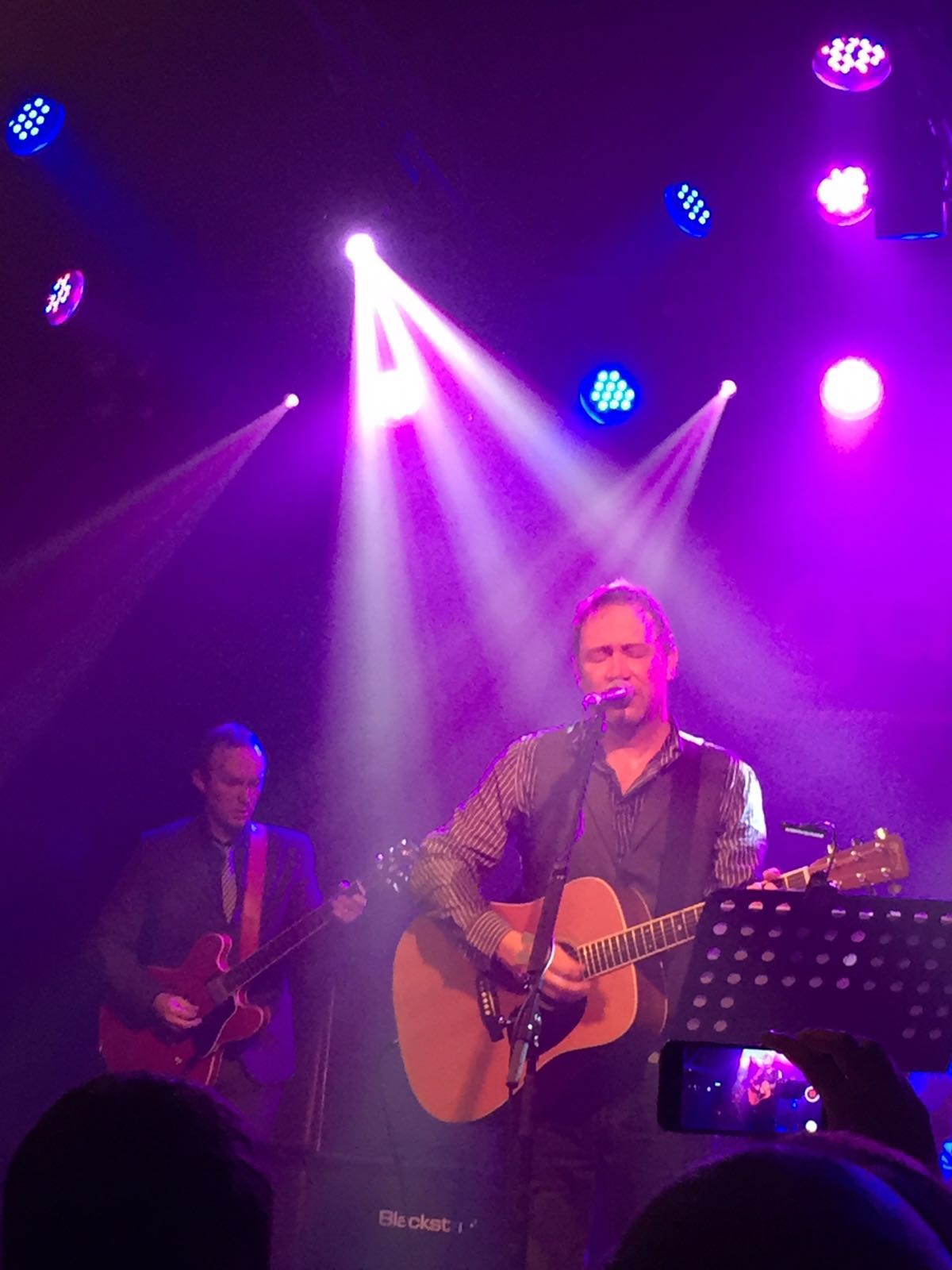 The snobs out there may label Ocean Colour Scene ‘unfashionable’ and perhaps even ‘past their sell by date’, but try telling that to the crowd who packed into their sold out show in Glasgow’s Garage. For a start, you may have ended up with a sore jaw.

Football-like chants of ‘O.C.S-O.C.S’ rang round the venue before a chord was strummed, in between every song, and even long after the band had finished their lengthy set which was built around their classic album ‘Moseley Shoals’, itself now 20 years young.

For some people of a certain age, OCS and that album are synonymous with nostalgia and it was obvious as you looked around the crowd to see excited faces, hoards of ‘lads’ who, for once, were losing the plot in a good way. I hear my photographer was close to tears. OCS may be getting on a bit also but their performance affirmed, for my money, their status as the ‘still- vibrant’ bastard offspring of Paul Weller. That’s a compliment.

THAT riff from ‘The Riverboat Song’ (Guy Ritchie fans know it well) sounded as good as ever when played live; likewise ‘The Day We Caught The Train’ was delivered with force and would spark one of many mass sing-alongs of the night. Guitarist Steve Cradock brought the pace ever so slowly down for ‘The Circle’, another album and set highlight, and one which would let the crowd catch breath before raising their pints to the ceiling in salute.

Ballads like ‘Lining Your Pockets’ and ‘The Downstream’ again had the crowd swaying before Cradock would significantly raise the noise levels and sign off the main set with more of his signature riffs; firstly on the blistering ‘You’ve Got It Bad’, and then with ‘Get Away’.

Even when ‘Moseley Shoals’ was over, OCS still had plenty left to satisfy. ‘Hundred Mile High City’ sent the house into raptures, while my personal highlight of the night – ‘Profit In Peace’ – turned the entire place into one huge communal war-protest sing song.

From shows like this it’s easy to see why OCS continue to tour, and obvious why they always fill venues. I dare say I’ll see similar faces again around the same time
next year.