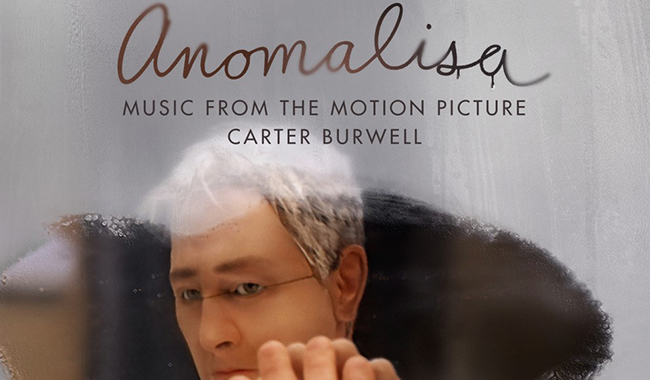 Very steady is the work of James Newton Howard, and rarely does he ever slip up, and Concussion is no exception to that rule. But he is veering into Thomas Newman early on here with a lively acoustic backdrop on some tracks, mellowed by the interruption of the occasional wind instrument invoking sadness or just echoes of melancholy.

But what Howard does so well is to let his range of instruments, and their interplay not ever stay in the one place for too long.

There is also plenty of incidental music to accent the composer reflecting what is on screen – nothing that should turn fans off this work, but enough to remind listeners that it is scored music for the visual medium.

And he’s doing so interesting things here?  Whilst his sound is evident, there are divergent tracks on here as well like the very lounge/jazz sound of “Welcome To The Fregoli.”

But there are many tracks that include heavy bulks of dialogue from the film. This can be a deal breaker for some buyers, and it won’t be any different here. That unwelcome business aside there are plenty of flights of fantasy as well, although most tend to be sadder than the track that just played previous.

Not the best CD, despite some well composed music.

Taking over from Bill Conti, Creed is a departure from the Rocky Franchise (despite being a very well crafted love letter to the feel of the original). But composer Ludwig Goransson gives this a very modern feel not to mention grand in the places it needs to excel in noise and stature.

Like the above review there is the occasional placement of dialogue form the film. Again this is not needed, but it isn’t as intrusive here, used sparingly.

Are there call backs to Conti’s work?  Of course there are. Of course you do question why give Rocky’s theme to a character not called Rocky – this does seem like a bit of a cheap swipe to steal more than is necessary, but listened to out of context it’s magnificent music.

Henry Jackman is known for such great superhero scores as X-Men: First Class and Captain America: The Winter Soldier (He’s set to continue that franchise on Civil War).

A shame his work here seems pale in comparison. There are definitely echoes of what he did in The Winter Soldier (To the point where you suspect that’s how he got the job for this) and even spurts of energy (like in Wright Patterson,  A Call To Arms), this is largely mood and action music that is gone about as soon as it arrived.

You do wonder why Hans Zimmer spends his time on projects like this one. To be fair this isn’t his first of the series, so “loyalty” is there in his defence. But in a time where he seems to do most of his interesting work at the moment when he is teaming up with others (James Newton Howard on the Batman Trilogy; Johnny Marr on Inception, Various artists on The Amazing Spiderman 2 and Junkie XL on the new Batman Vs Superman) it has to be said that there is still something to take from Zimmer as solo artist.

Kung-Fu Panda 3 isn’t going to quite as souless as you may expect. The music is lively, energetic and never dark.

Sure it isn’t going to win him any awards, but it has to be said that he isn’t sleepwalking through this either.

This is a collection of real songs taken from the era, but also dance floor folk music recorded by John Carty, James Blennerhassett, Paul Gurney and Jim Higgins.