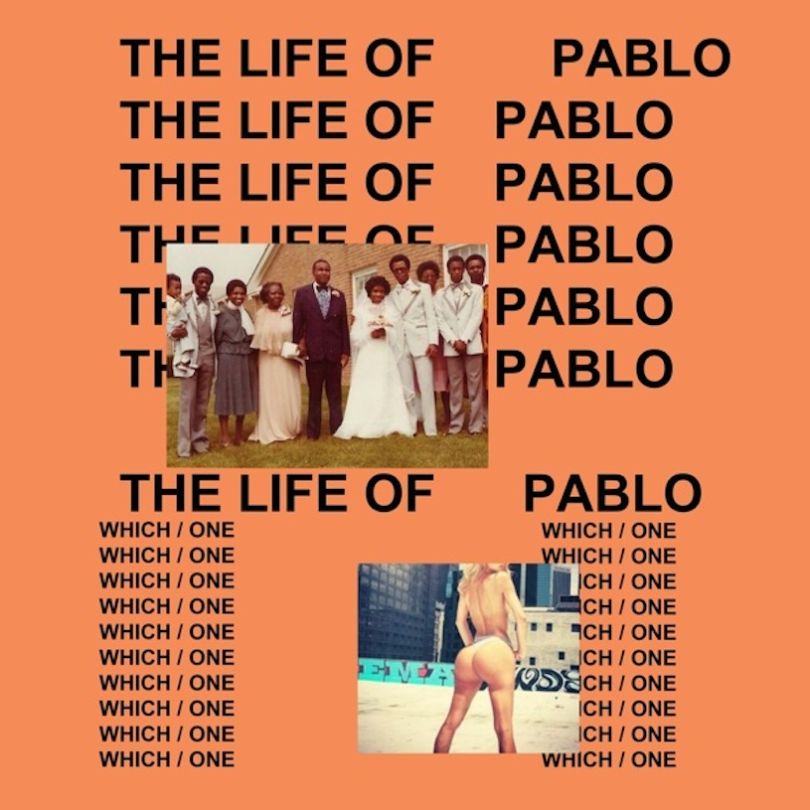 Kanye West – The Life of Pablo

Let’s get straight to brass tacks – ‘The Life of Pablo’ is not an accessible album. It’s not an album full of singles. In reality, it doesn’t really contain any radio friendly material, and barely contains anything that might even be played in a club. What it does contain is a jumble of ideas; snippets, jottings in the notebooks of a brain that seems overloaded with ideas and a complete lack of direction. What does it say about the beats on a record when some of the highlights on a Kanye West album are the samples and re-workings of tracks more than 30 years old? In this case, it says the mark has been missed. In tribute to a man who’s fond of a bold statement, we’ll make one of our own: there is nothing revolutionary about this record.

Amongst the delusion and self-indulgence there are signs that there’s still a real artist hidden somewhere here with something interesting to say. ‘Real Friends’ is a telling confessional from a global superstar – a rare and honest look at trust, betrayal, and the pressures of fame for a modern celebrity of the kind of stature it’s difficult to imagine. Often an easy target for ridicule (let’s face it, he brings it on himself), it’s admittedly hard to put yourself in the shoes of a man who was once blackmailed for $250,000 by a Twitter user called @kanyeslaptop who stole his computer in Paris in 2015. His wit and decisive matter-of-factness also still shine through on the likes of ‘30 Hours’, an ode to a former college girlfriend who he would wire transfer money via Western Union while she was unemployed, although he would subsequently discover she was cheating on him – “I guess a blowjob’s better than no job”.

Unfortunately as a whole, the album is rambling and confused – inevitably much like most of its creator’s own lines of thought and increasingly disconnected rants. It’s a frustrating listen, again, much like Kanye himself. It’s undeniable that there’s extreme talent hidden beneath several layers of obscure and often tangential self-referencing and meta-lyrical play, but ‘The Life of Pablo’ is perhaps destined to be a shining example of a product of an artist surrounded by yes men and with a severe lack of ability to self-censor and edit his output down.

In some ways, admittedly, it’s refreshing to receive an undiluted offering straight from an artist with a vision, but when that vision meanders to the point of disinterest, is it really fulfilling the desired purpose? Elsewhere there are still wider concerns to be raised about the dichotomy between West’s vision of himself as a forward-thinking visionary and his overt use of hyper-sexual and consumerist values, something that’s starting to look increasingly tired. For example, although the flow of ‘No More Parties In LA’ featuring Kendrick Lamar is a treat in itself, the lyrical content still seems mired in a kind of failed attempt at a post-misogynistic slant.

Is a statement like “Instagram is the best way to promote some pussy” really hitting home with a subtle, subversive message to an audience looking for subtext? Or is it serving to reinforce a pervasive and aggressively patriarchal framework to a huge swathe of impressionable minds? Placed alongside the emotionally astute and sensitive voice of a next generation newcomer like Loyle Carner, the flurry of “bitch” and “nigga” that peppers the album and it’s overtly sexualised content starts to look trite, embarrassing and frankly childish. For a man so purportedly hyper-aware of his own image and curating his identity, he seems oddly blind to the messages he’s sending out through his music.

Purportedly the album has been pirated over 500,000 times already – another sign of the times – and, being brutally honest, it’s not something worth paying for. Bar a few stand out moments the record is as much a marker of the empty sentiments that the endless branding, marketing, syncing and money-making has been sucking out of music for a long time as it is anything else. He might see himself as an artist, but based on this record there’s very little art on show and a lot more business sense.

Kanye’s ambition and self-belief is admirable, but the world is moving on. Young people are starting to realise that there’s more to the human condition than how much paper you’re stacking, what you’re wearing, who you’re sleeping with. There’s an undeniable escapism that comes with music like West’s, but maybe it’s time we stopped escaping and started facing up to our problems, discussing them, engaging with them through our art. Based on the content on ‘The Life of Pablo’, maybe the existential struggle that seems to be raging within West is finally coming to the conclusion that there’s more to life too. If his recent plea to Mark Zuckerberg for $1billion (to invest in “Kanye ideas”) is a marker of where he’s at mentally, it might be time for him to hang up the microphone and turn his considerable fame, influence and wealth towards a new horizon.