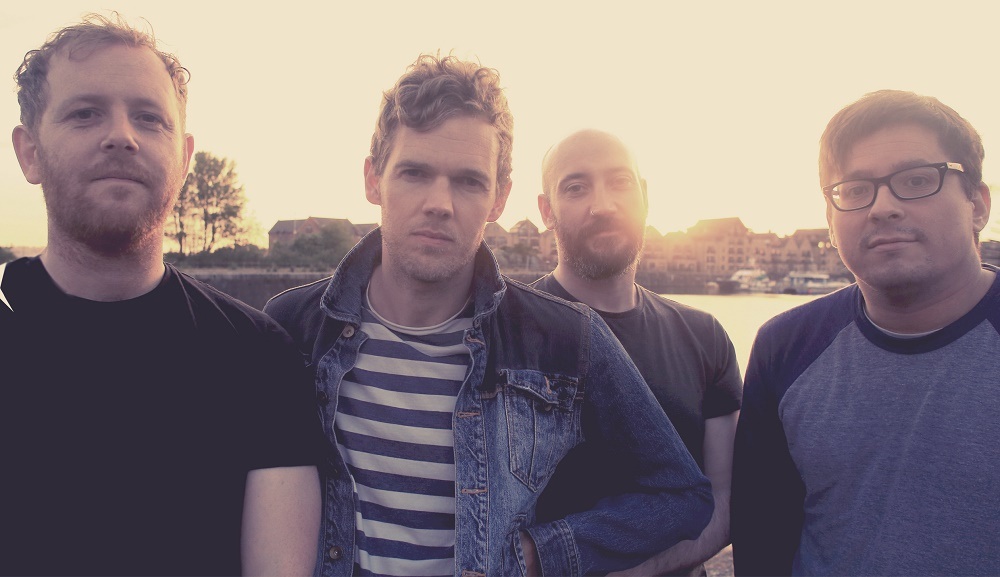 A trill synth relentlessly breaks down my defences as it thunders harmoniously through the title track, the first of three songs that make up Married To The Sea’s forthcoming Cold War Love EP. Sprightly rhyming couplets pack a poppy punch reminiscent of early Phoenix, signalling that these lively Liverpudlian lads clearly know their way around a tune, and they have been paving the way to their fourth EP release with support slots for The Maccabees and the hotly-tipped Hinds and Gengahr, making for fine musical company to keep.

The wares on display are slim, but brilliantly concise. Two tunes that pop in the indie-est sense of the word, and one song to pull at the heart strings. Some people see mention of Snow Patrol as a dirty word, I for one am not one of them, and Save It For The Field has more than a passing resemblance to the output of Gary Lightbody’s clan, a band that grew from independent roots on Jeepster to conquer arenas around the globe, and if that serves as a comparison in terms of musical quality then surely it is not a comparison to be sniffed at.

Save It For The Field is heartfelt, it is sparse, yet lushly orchestrated, it is both simple yet aspiring in its nature. It is certainly deserving in gaining Married To The Sea some welcome attention.

And with every listen, the two musical touchstones that I keep coming back to are Phoenix and Snow Patrol. Both bands that came up under the radar, putting out music long before the commercial and critical acclaim came their way, bringing along with it bundles of new fans. Both bands that knock out a rousing tune and can find their way around the more electronic elements of the musical spectrum.

The first taste I had of Married To The Sea was closing track I Dreamed I Was Disappearing, and it perfectly embodies the career defining aesthetics of the two bands I choose to compare them to, melded into one joyful indie-pop stormer that even sat listening to alone I can already envision the infectious bounce of an audience, I can see the fists-pumping and feel the euphoric wave that suggests a perfect crowd-surfing soundtrack.

I’m keen to see where their ambitions progress from here and hope that fortune see fit for these guys to emulate a heady climb up the musical career ladder.