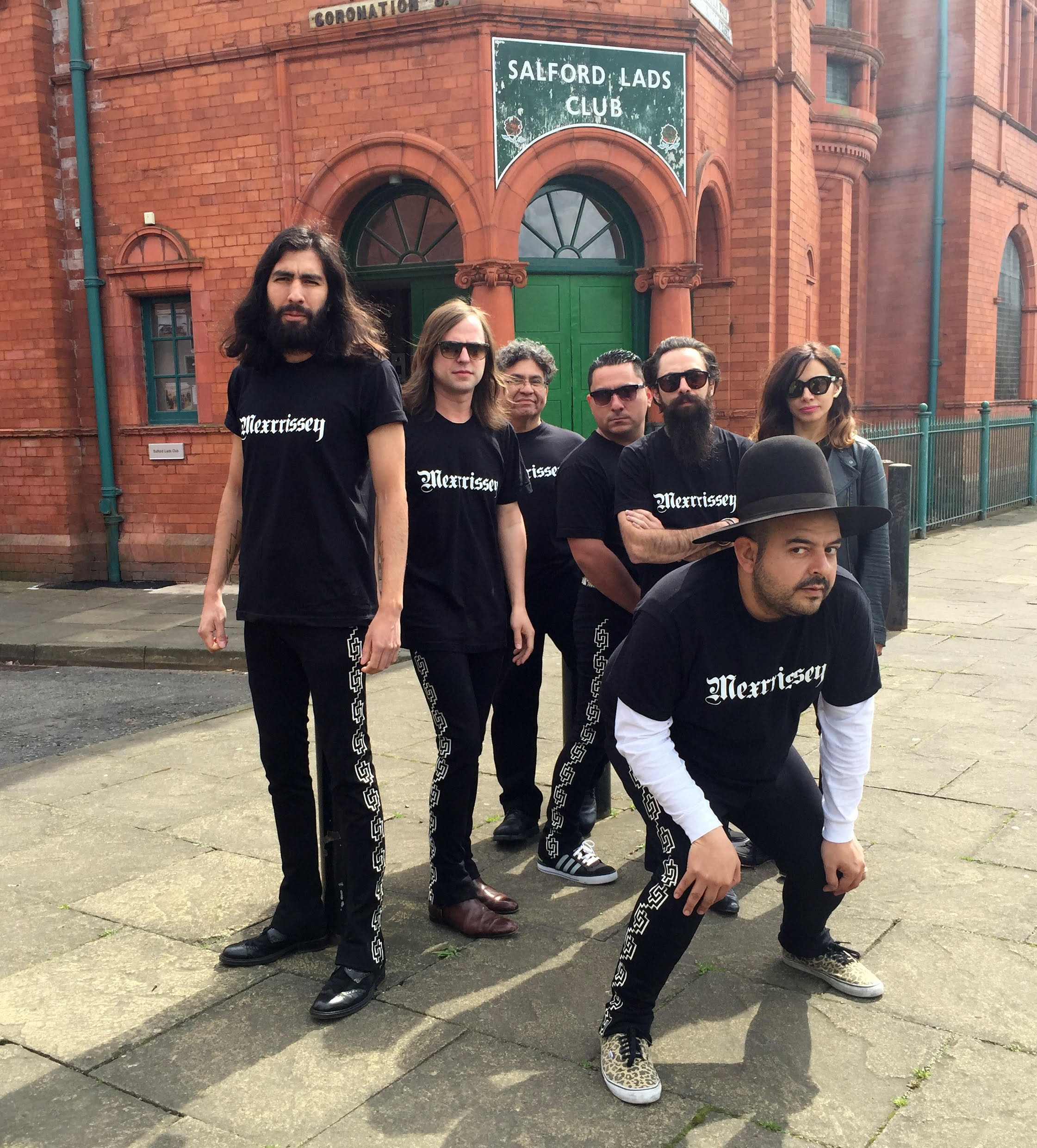 “I really like Mexican people. I find them so terribly nice. And they have fantastic hair, and fantastic skin, and usually really good teeth. Great combination.” – Morrissey

It’s still a slight mystery – to me at least – as to why Britain’s most ‘British’ of music icons has attracted such a devout Latin American following, a demographic one might not normally associate with clichéd Manchester miserablism. With the Latinos it’s all Salsa dancing, sunshine, fiery passion and general good times, no? Donald Trump can keep his opinions to himself.

It would be difficult to pinpoint exactly when Morrissey began to take hold over sections of the Latino community, but whatever the case may be the fact is that a minuscule section of his following is now a 7-piece tribute collective, the aptly named Mexrrissey. They’re an ensemble of multi-talented musicians and self-confessed Mozza die-hards who have been busy reworking, recording and now touring the great mans legacy.

On the face of it, it seems a hard act to follow. A tribute band is one thing, but one aiming to appeal to Morrissey obsessives? The term ‘ambitious outsider’ was never more pertinent. But to their credit, Mexrissey do possess great technical ability as well as the passion to play and recreate the songs they, and we – those present at their first ever Glasgow gig – all adore.

Their set was for the most part a run-through of what you might label ‘best of compilation’ Morrissey songs, and combined with the arrangement and Spanish vocals, brought unrecognisable elements to each one played. El Primero Del Gang (The First of the Gang to Die), Cada Dia Es Domigo (Everyday Is Like Sunday) and the latest single International Playgirl (The Last of the International Playboys) were full of pomp and dare I say, joy. More of the crowd might have been dancing had we not been born melancholic bastards with no rhythm.

As with any authentic Morrissey live appearance (remember, it’s only seals who ‘perform’, unfortunately) the band had a go at reinventing some Smiths’ classics and continued their well-tuned theme of taking Mozza’s material and adding layer upon layer of Spanish guitars and trumpets. I think (I think) he would have approved.

The tune of the night, a bombastic El Hijo Soy (How Soon Is Now?), brought the night to a close and for me, confirmed Mexrrissey’s status as the cover band who do it differently; the tribute band for those who don’t like tribute bands.