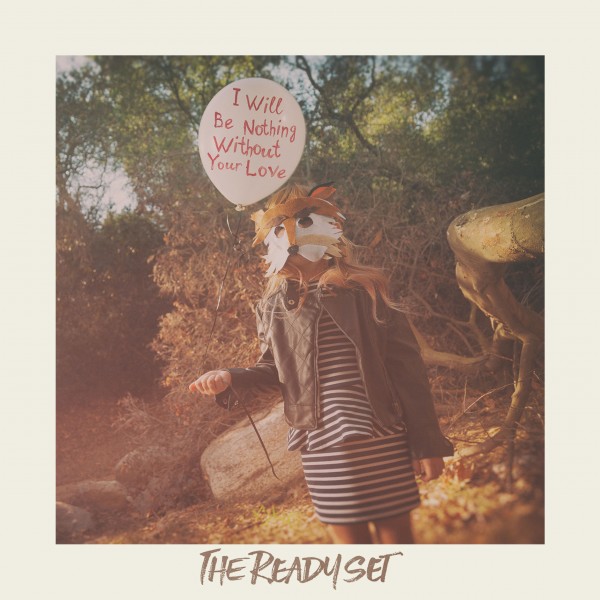 The Ready Set – I Will Be Nothing Without Your Love

The Ready Set return with their fourth full length album, ‘I Will Be Nothing Without Your Love’, this month after being picked up by Pete Wentz of Fall Out Boy fame and jumping labels a few times, now finding themselves on their new home at Hopeless Records.

The album opens with current single, ‘Disappearing Act’, which is a pretty good indication of where the entire album is going. Insanely pop-centric vocal melodies and more electronic than rock in sound, the track bounces along with inoffensive auto tune throughout. This song and ‘Concrete’ have hints of what The 1975 have done so well recently, but with a bit less ambition.

Elsewhere on the record, ‘Being Afraid’ sounds like a summer beach holiday, and the album’s first single, ‘Good Enough’, would fit perfectly well in the middle of the new Justin Bieber album. There are plenty of hooks on offer here and you may struggle to keep the songs out of your head once they sink in.

‘No Love’ brings a well needed change of pace. The song itself is a slightly darker affair and The Ready Set bring a touch more attitude out here. Jule Vera pops up near the end of the track for totally decent guest spot which is just a tad underwhelming and short. ‘First’ is a sparse track with minimal, understated instrumentation and a high point on the record. The album closes with an inevitably slow ballad (‘See You’) which – if you’re invested up until this point – will most likely be the most emotional part of the album for any listener; think brooding pianos and sad lyrics delivered in a heartfelt way.

Overall, there are a few songs here that wouldn’t be missed if they were left on the cutting room floor, but if you like catchy, electronic pop music with very little rock then this record should be on your wishlist. There are an impressive array of electronic twinklings, nice vocal effects and the production is flawless. The whole album sounds like it was made for radio airplay, and if it was given the chance then The Ready Set would have a fair stab at mainstream success in the UK.

Venue: I Will Be Nothing Without Your Love
Support Band: Hopeless Records