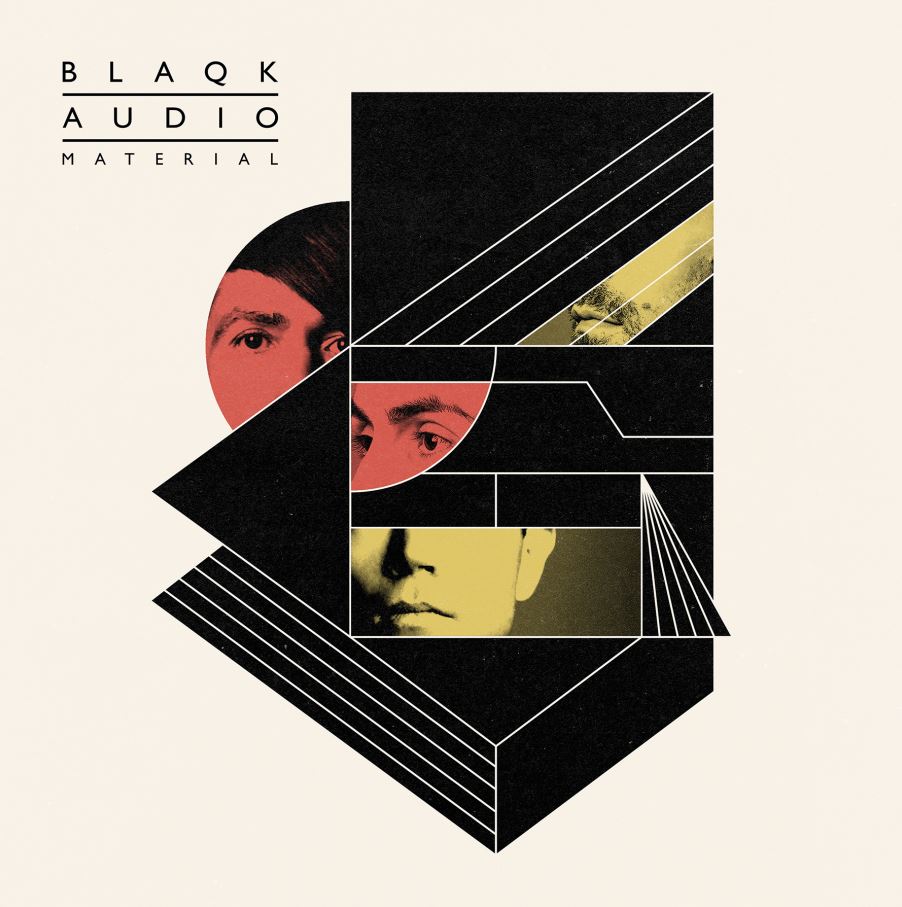 Let’s begin by saying that Blaqk Audio produce some of the most accessible and archetypal electro we’ve heard in recent years. Paired with classic synth-based instrumentation, their strong, resonant vocals are often reminiscent of Pet Shop Boys. With their debut album released in 2007, they’re proving they’ve still got it almost a decade later with their new album ‘Material’, set for release Friday April 15th via Kobalt records.

The duo is comprised of American musicians Davy Havok and Jade Puget, both respective members of rock band AFI (A Fire Inside), a mid-nineties group that pioneered a gothic slant on hardcore, far more abrasive than Blaqk Audio’s distinctly synth-pop mood. It’s possible that the duo’s roots in rock and punk might contribute to ‘Material”s unusual emphasis on vocals, nowadays not a typically forefront feature of electronica.

‘Material’ is an endearingly dramatic album: it embraces electro and its classic hallmarks alongside theatrical lyrics, and cleverly straddles the thin line of being too OTT; remaining authentic and not at all contrived is its saving grace in this regard. The collection as a whole achieves the improbable, in that it’s very easy to imagine dancing your heart out to it at a club somewhere, but it’s somehow equally easy to listen to sitting quietly on a train (from first-hand experience).

Puget’s command of the synth is evident throughout, with most of the album’s songs featuring a clever and catchy riff at some point, with a particularly complex and intriguing synth counter-melody against harmonised vocals in the chorus of “You Will Hate Me”. Havok is the lyricist for Blaqk Audio, and his contributions to ‘Material’ (particularly dramatic lines including “I’d do anything to be your tragedy” in the album’s second song, “First To Love”, and “I’d take you out / But I know you’d hate me” as heard in the aforementioned “You Will Hate Me”) balance between intense and overblown.

‘Material”s titular song is particularly well-executed; it examines the state of being driven by the materially valuable but spiritually worthless, which sits nicely with the fuzzy electro pop of the album. This theme is set off by lyrics which bring the darkness of this existence to the fore: “It’s not my fault / This is my curse”; “And I like to know your worth / I’m all alone […] with my beautiful things”. “Ceremonial (Burst Into Stars)” is another accomplished track, encompassing the despairing joy of the album with rich and explosive instrumentation and the simple lyrical hook “do you feel alive?”.

Blaqk Audio end ‘Material’ on a strange note with “Anointed”, a notably darker song than that which we’ve heard throughout the album: the song sounds much grungier than the rest immediately, with its low, steady melody line, and its flat vocals far from the shimmering harmonies of the previous ten tracks. It is true to the album’s form with its dramatic lyrics, however (“drown me now / so I may be anointed” creates a sort of warped religious fervour for atonement), and seems a weirdly fitting way to end the album: it is in a way reminiscent of the electro duo’s roots in AFI, which duly serves to remind us that Blaqk Audio are highly skilled musicians, and are definitely not a one-trick pony.