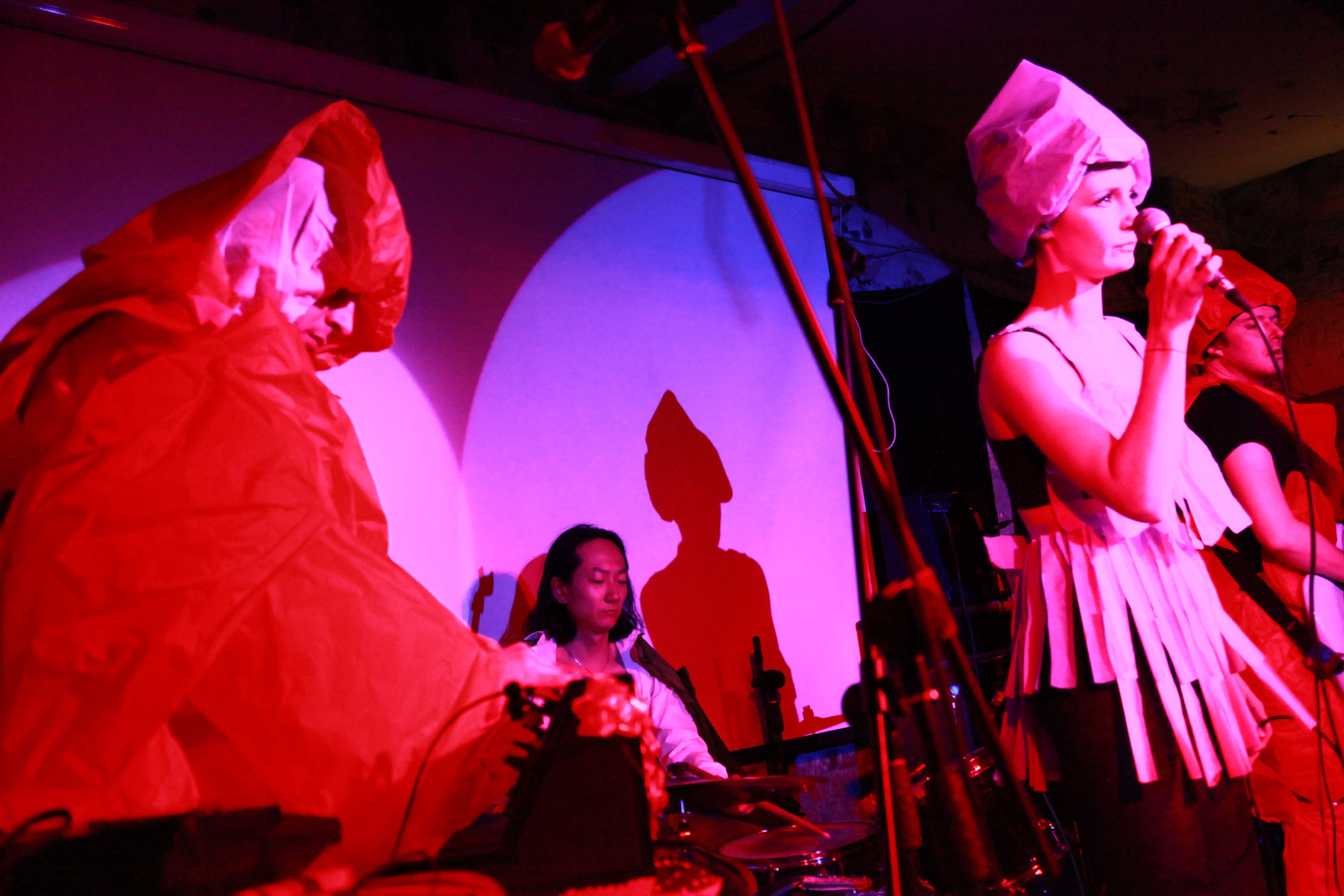 “The harder I work the easier it looks” is a quote loosely attributed to George Best, but if you ignore that fact that he was the considered to be one of most naturally talented footballers ever to grace a football pitch and instead consider the ethic, then there is some truth in the ability to craft and perfect ones art.

If that’s the case then Mother must work really bloody hard because the sounds and atmosphere they conjure up make sounds so gorgeous, yet seem so simple and yes, easy to create. It can only be a short period of time before some of those “industry executives” who are present this evening realise this bands potential and arrange for them to seduce a wider audience.

What those execs would have made of the sight of vocalist Allie Bell with her hair in rollers á la Vera Duckworth during the sound check is anyone’s guess, but that all important first expression would surely have been quickly put to one side once she signals the start of the set by clicking a set of maracas in a metronomic fashion.

Never wishing to seek the common ground of mediocrity, Mother like to indulge in a bit of fun, but when it comes to the music they are deadly serious – that is, once you can dispel the images of synths/keyboards player Karl Astbury and guitarist James Moss subsumed within extra, extra large, Tango coloured boiler suits. Meanwhile, Chan-Yang Kim (drums) & Tim Schiazza (bass), also of The Yossarians, have decided to save their costumes for another time.

There are no introductions to songs, because that would seemingly disrupt the seamless flow of the set – a dynamism that begins with subtle, hypnotic beats which rise to such an intensity that people at the front begin to pogo with a punk-like intensity before gradually gliding back to a more controlled movement

The final song resembles the afterglow of intensity – warm and inviting – yet the lyrics hint at something more dangerous and threatening; “So remember me/You’ll see my shadow”.

Hopefully sooner rather than later.