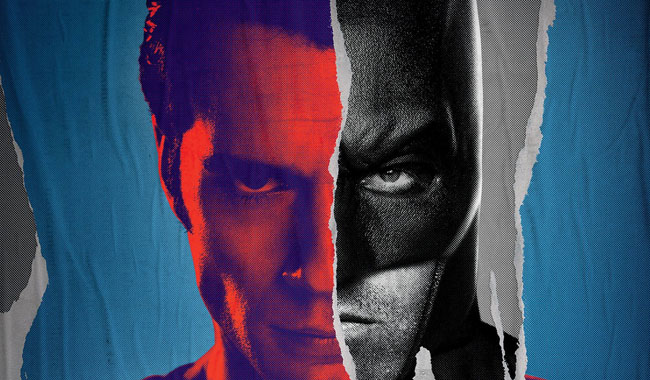 There hasn’t been many subtle things about Hans Zimmer’s work in recent years. Chart back to the trailer blazing and blaring notes from inception, and then his recent fad for Taiko drums and it’s all be a thunderous headache of late – not to mention the other composers who then aped the fad.  And junkie XL has been at the forefront of that movement (See mad max Fury Road for his lack of subtlety).

Now before we continue to dish out the forward and back slaps to each composer (who have teamed up here for this – one of the biggest and most anticipated movie mash-ups of all time), let us be clear that both men are very accomplished, have delivered some truly ground breaking work, and especially in the case of Zimmer, often re-invents or is at the frontline when it comes to starting new trends. And for that we are thankful.

He even had the gall to take on a new rendition of Superman (Man of Steel) and introduced some (not all, but some) music queues that were a worthy rival to the long gestated and burned into our hearts compositions of John Williams from way back in the 1970s!

So it seemed like a good idea that he continue his work as he also did notable work for batman on the Nolan trilogy.

The problem thought is that he often can get repetitive if he hangs onto a fad for too long, and here is surprised nobody when the opening track was released (Beautiful lie) which was basically like someone doing the worst sort of piss-take out of Zimmer of late (and JXL as well). Bash bash bash, crash crash crash go the multiple percussion artists and goodbye go tour ears along with any patience you might have stored for anything beautiful hiding within.

And there are some beautiful moments inside. Even within beautiful lie – the key board work is much more what we want. But they are also under developed.

The score does get very schizophrenic – what with so many characters to deal with. The plonky-gothic piano villain theme for Lex Luthor is almost laughably absurd. If the actor was going over the top, the composers must have thought “fuck it” and did the same.

Batman gets a half decent bit of music, but when you look across the board at his track record in film, TV and animation – this is perhaps some of the weakest music to date.

Even the return to the superman themes from Man of Steel aren’t nearly as powerful as they were before.

All in all you get a bit of a mess – some good cues that were simply wasted or under-developed for the sake of letting in those damn drums!

Two and a half stars max. a real left down considering the project, and a real racket in anyone’s ears!