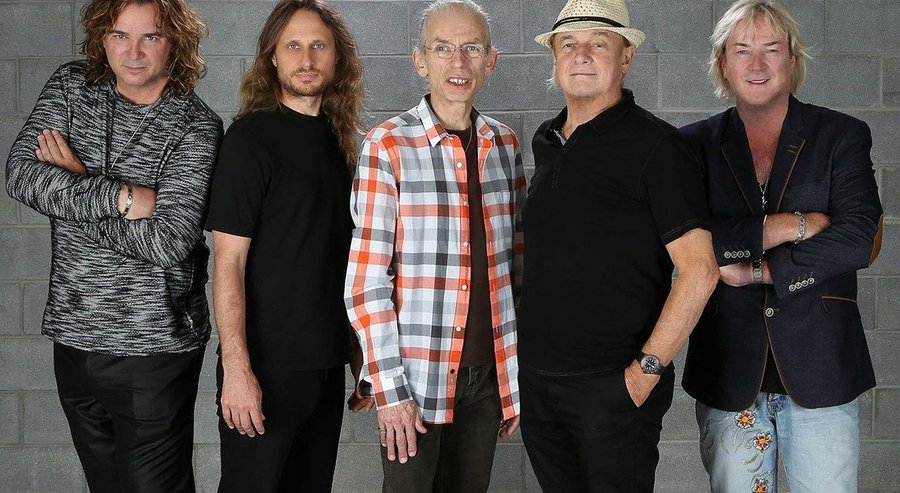 With the recent untimely death of mainstay member Chris Squire soon after announcement, prog rock titans YES had it all to prove on their latest headline tour, just about avoiding the dreaded “going through the motions” label. Our editor Jamie Otsa took a trip down memory lane at Liverpool’s Philharmonic Hall.

With guitarist Steve Howe and drummer Alan White being the only two surviving long-term members, you could be forgiven for thinking this line up was not entirely able to truly call themselves YES. The sad death of their mind-blowingly talented bassist Chris Squire left a mighty hole in the heart of the band, but we’re pleased to say that one-time guitarist Billy Sherwood excelled as a replacement four stringer and front man Jon Davison did a commendable job of emulating founding member Jon Anderson’s angelic voice. There’s life in the old dog yet.

Opening the show with a touching and tasteful tribute to Squire that brings a tear to the eye and a round of applause from the room, the rest of the set flies by in two distinct halves. Playing a pacey set performing two of their iconic albums in their entirety, ‘Fragile’ and, for the first time ever, ‘Drama’, they sounded tight and still as forward-thinking as the day they were written, if a little tired and battle-worn. Two of the band’s most influential albums inevitably threw up long-time fan favourites like ‘ Long Distance Runaround’, ‘Machine Messiah’ and ‘Tempus Fugit’ as well as seminal YES tracks ‘Owner of a Lonely Heart’, ‘Starship Trooper’ and more, all received warmly by the similarly ageing but no-less-enthusiastic crowd.

Some of the most important and influential music in rock history, it’s intriguing to see how little has really changed amongst the output of leading instrumental luminaries since YES broke new ground in the ‘60s and ‘70s. Spidery guitar lines, atmospheric organ work, rock solid drumming and bass lines that don’t so much as go for a walk rather than sprint a marathon were all delivered deftly, even though Howe at times fell off-tempo. Well, he is 69 to be fair, and still capable of some incredible fretboard acrobatics; we can’t hold that against him.

A little less soul, perhaps a little further away from their mighty peak, but still a whole lot of prog to be rocked and with as much relevance, love and respect for their fans and bandmates as ever – YES are still musical icons. Long may they continue.