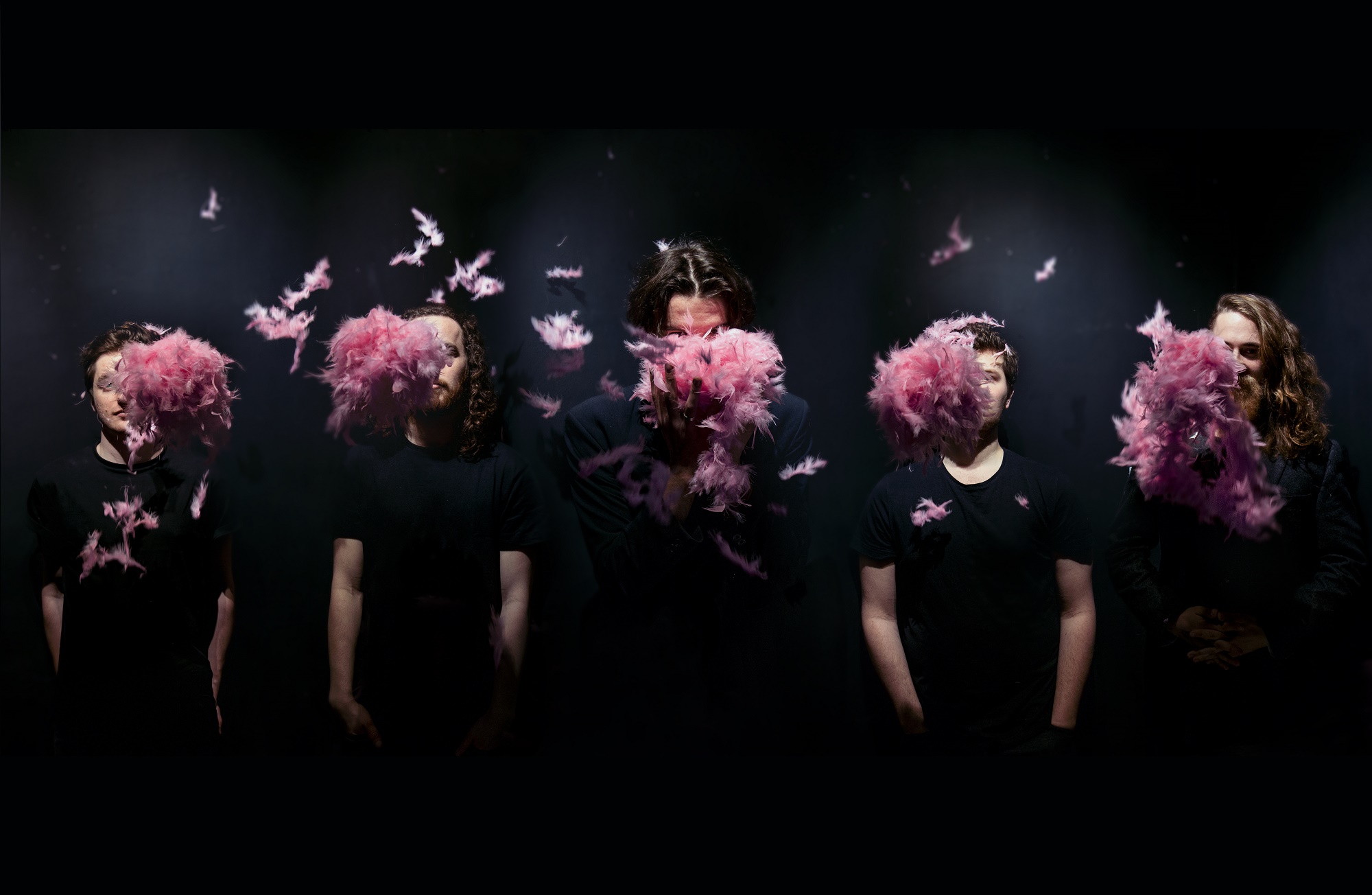 There’s a brief moment, just as Pulo Revé hurtle into opener ‘Live Long & Last,’ that frontman Osh-Fogarty Graveson lifts his mic stand off-stage and lays claim to the middle of the floor like Neil Armstrong planting the U.S. flag on the moon. In this moment, facial expressions change. A hum of excitement ripples through the sparsely populated crowd of The Pioneer in the band’s hometown of St Albans. Mouths open, eyes widen and deep breaths are taken, because this forthright display of ownership is the first hint of the night that something different is about to happen. And – whether the crowd know it yet or not – Pulo Revé are about as different as they come.

The band are on top form throughout their 45 minute set. Even though schizophrenic time signatures are sometimes lost under a muddy sound mix, lead guitar cuts through the fog during jauntier moments and gang vocals anchor songs like ‘And There Lies His’ with all the weight that a great heavy band needs for live domination. But it is during the dynamic extremes, whether it be the funky chorus bounce of ‘Above At 5:05’ or the wistful intro to ‘Another Blues,’ that Pulo Reve prove they can hold their own with whatever cards they’re dealt. ‘Looking Up, Or Around & In’ showcases drummer Laurie Rothwell’s superhuman ability to weave together soundbites of complex mathcore and rib-rattling groove.

Closer ‘Beautiful’ highlights lead guitarist Max Troy’s airborne melodic vocal chops as he effortlessly glides in and out of falsetto. But the most destructive moment arrives when the band crush into ‘Of All The Bodies In All The World’s head nodding outro. It is a seance of early 70s Sabbath and Calculating Infinity era Dillinger Escape Plan. Each drum is like a dropped bomb. Bassist Matt Trollope is a backseat general, his low-end locking everyone in place. Both guitarists are polar opposites but work as one unit. Max Troy is a swaying axe wizard surrounded by an air of Thurston Moore cool. Rhythm guitarist Rob Ingham Clark flails like a man possessed, his pick practically slicing strings in half with every frenetic strum. It is at this point, when everything is simplified and the intensity is maxed out, that Pulo Revé hit their peak.

Then there’s Osh, who adds a strong third dimension to the band’s already kaleidoscopic assault. He is a whirling dervish of demented on and off-stage freakouts. On stage he is like the tambourine wielding ring leader of a hippy drum circle. Then off-stage – where most time is spent – he owns the room with twitching fits on the floor and mic drops. In a particular highlight, he disconnects one of the guard rails, climbs underneath it and shoves his head through one of the gaps like he’s in medieval stocks. Sometimes he just disappears only to reappear a moment later on the balcony, 15 feet in the air, mic still in hand. Then its back to the middle of the floor dragging a plush blue chair, which he sits in for a moment of introspection during one of the band’s more laid back grooves, before leaping up and burying his head underneath the hand painted ‘é’ banner, which eventually ends up on stage and envelopes the entire band during the last few chords of their set.

It is a true accomplishment when the artier side of post-hardcore thrives in a live setting. It’s one of the hardest things to get right. Usually, if its good, one thing will outweigh the others, whether it be strength of songs, sheer energy, musical versatility or tightness. But Pulo Reve are different. They have all of those traits in abundance. But then, both musically and aesthetically, from the start to the very last squall of guitar feedback, they also have character.

And to take the next step up, there’s nothing more important.