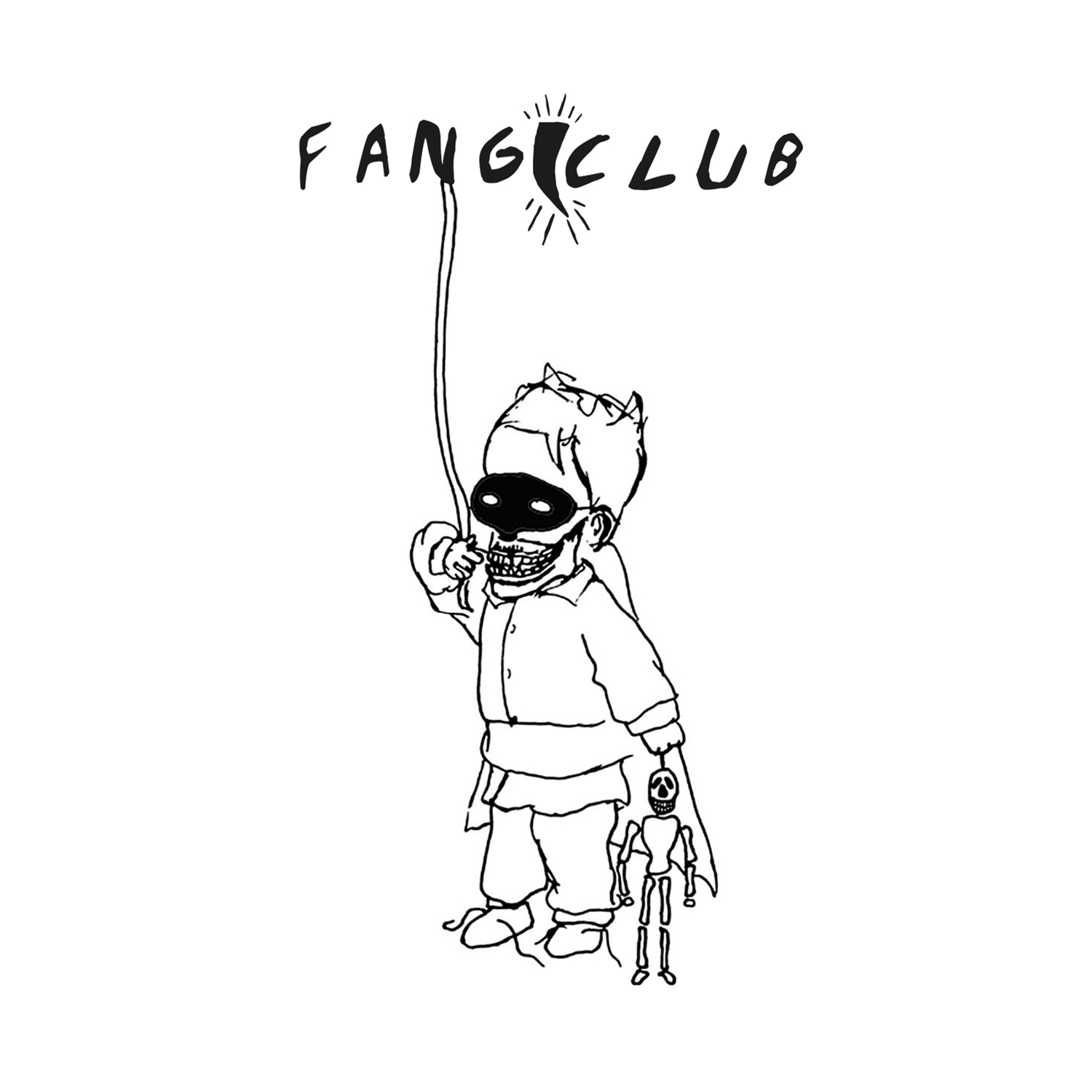 Something is happening. An organic anomaly has sprouted: a fresh explosion of flavour in the otherwise deformed harvest of 2016’s crop of new bands. While certain onomatopoeic music mags champion smiley Disney pop with synths that sound like guitars rather than actual guitars, bands like Milk Teeth and The Dirty Nil have taken a giant stride back to the 90s; when anger wasn’t frowned upon and greasy hair just meant you were too cool for personal hygiene. Fangclub are the latest in this crop: a scrappy Irish power trio of meat & potatoes grunge-punk. Their latest EP ‘Bullet Head’ is yet another sign that real rock music with balls and heart and snot and spit is about to sink its teeth in and take a giant bite out of the mainstream.

Across five bursts of off-the-rails energy, taut songwriting reigns supreme. Nothing ever overstays its welcome. From the dust-kicking title track that sounds like Nirvana at a pool party to the bluesier Rocket From The Crypt séance of ‘Young Blood,’ ‘Bullet Head’ is about as simple as rock can get. But this isn’t a criticism; simple rock is the hardest thing to nail. And not only do Fangclub nail it, but they also slalom around any semblance of cheese that so many other similar bands are drawn to like naïve mice.

Cocksure riffs that could probably make the Queen hit the pit may be their forte, but Fangclub’s best moments are when hooks come to the fore such as the snarling outro refrain of ‘Role Models,’ where the words ‘role models, how did you get so hollow’ are delivered with such puke stained passion that – accompanied by anything Kardashian-related – reveals itself as a stone cold nugget of truth.

The crowning achievement is second track ‘Loner:’ a disaffected headphone anthem that conjures images of Billy Corgan’s shiny head eclipsing the sun. Ethereal vox call out from underneath an avalanche of shoegazey guitars, crumbling bass and stomping stadium rock drums that work in unison as a musical time machine for modern millennial escapists. Songs like this are proof that the ‘90s revival’ isn’t just a rehash of something from the past. This is not a regression; it’s actually a natural progression, a kick back against the sanitized sludge of the past five or six years.

So overall not only is it a pretty damn good EP, but it’s an important one. However, it’s also the sort of thing that any band can only do once. Should Fangclub undertake the daunting task of a debut full-length album where this kind of thing is repeated for 30 to 40 minutes, it might be hard not to plagiarise oneself. The appeal of the ‘Bullet Head EP’ is exactly that, it’s an EP: a ferocious, ballsy EP, but an EP nonetheless. It could move in and out of existence during a morning shower and replay buttons can only take so much. It is in this sense that the next step is vital. Maybe, just maybe, if Fangclub takes it correctly, with added dynamics, even bigger choruses and just as little compromise, we could be talking about something seriously big in the coming years.