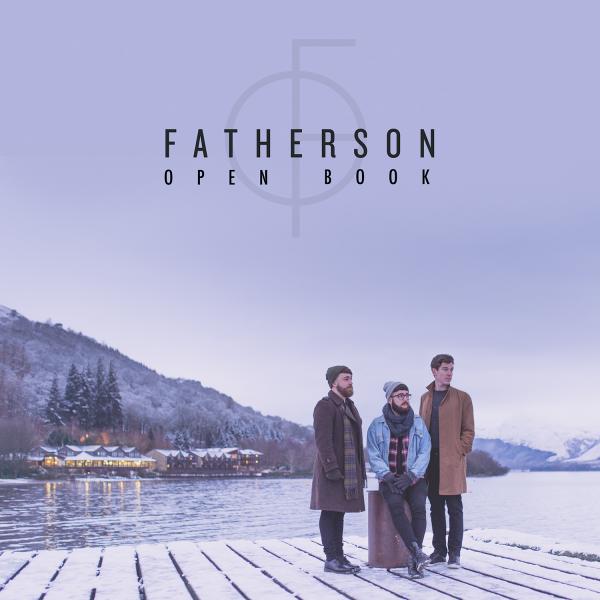 Fatherson are a band that have taken time to perfect their craft. Debut album, ‘I Am An Island’ was a long time coming and seemed to be just about everything that fans of the band wanted it to be. Two years later and with a weight of expectation comes the follow up, ‘Open Book’.

As soon as you hit play on this record you’re treated to a bunch of textbook Fatherson songs which quash any doubt you may have had about the band “losing it”. ‘Just Past The Point Of Breaking’ and ‘Always’ would fit easily on the bands first album and serve as a solid reminder of what this band do best.

The pace slows down soon after with a trio of ballad-esque tunes. ‘Wondrous Heart’ contains nods to Coldplay and ‘Younger Days’ doesn’t quite get off the ground but ‘Joanna’, which sits in between the two, is a beautiful moment and a highlight for the band’s frontman, Ross Leighton. Ross’ voice is about as emotive as any in rock of recent times and it’s displayed wonderfully throughout much of ‘Open Book’.

The record picks up again with a batch of upbeat rocky numbers including ‘Forest’ and the albums title track, ‘Open Book’ which by now, Fatherson seem to be able to do in their sleep, whilst the album ends on a more sombre note with another heartfelt slow-jam in the form of ‘Sleeping Over’ which shows off more of Leighton’s fragile side.

When it comes to writing big rock songs and lush ballads all laced with real emotion, Fatherson pretty much found the winning formula a long time ago and on the whole, ‘Open Book’ is another lesson in how to do so.